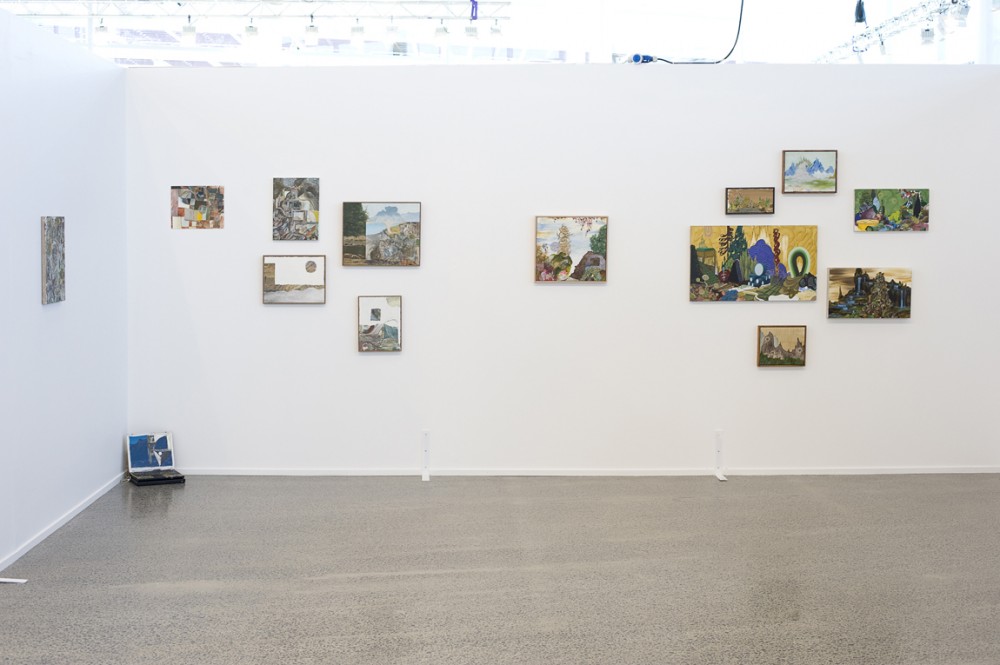 Mark Rodda’s latest paintings extend from his recent solo exhibition, Sleeping Giants (Utopian Slumps, 2011). As though the empty stage of an imagined opera, his dramatic landscapes appear as though recently inhabited, pending the return of their absent characters. Geometric imagery inspired by 1980s and 1990s computer games, such as ‘Super Martio 64’, and ‘Ghosts ‘n’ Goblins’, merges with romantic landscape iconography to instil these ‘stages’ with a sense of magic and mystery. The fantastical characters that are imagined as populating Rodda’s opera settings bear a relationship with the narrative-based approach of much Japanese contemporary painting (such as the anime figures of Takashi Murakami), and appear in a number of the artist’s works on paper. Rodda’s characters are not repeated and turned into recognisable icons as with the Superflat painters, however, but rather morph into new and strange iterations with each new work.

Jake Walker’s latest works explore concepts of paintings within paintings, as well as the notion of incidental painting. Works on board are composed of what started as palettes for earlier paintings, generating automatic or subconscious imagery as their subject matter, before eventually being combined with intentional elements to pull the finished work together. Landscape Painting 3 presents Walker’s third new media instalment, or painting on moving imagery, by using abstract shapes in oil layered onto the different surface areas of a floor-based laptop. As with his paintings on found paintings, and his palette paintings in turn, Walker’s painted laptops present an attempt to instil into or discover new meaning in objects haunted by the spectre of obsolescence. The looping nature of the video landscapes he paints over on aged laptops hint at the regenerative and cyclical processes that are at the core of Walker’s painting practice, and which are further hinted at by the recurring trope of the circle that permeates many of his canvases.

Walker studied at the Whitirea Art School, Wellington in 1989 and Otago School of Fine Art, Dunedin in 1991. He lived and worked in the UK, USA and Germany from 1996 to 2000. Solo exhibitions include Have a Go, Gallery 9, Sydney, 2009; New Past Painting Group, James Dorahy Project Space, Sydney, 2007; The Inland Sea (with Mark Rodda), Utopian Slumps, Melbourne, 2007; and Jake Walker, Neut Gallery, Wellington, New Zealand, 2003. Selected group exhibitions include Reason and Rhyme, Gertrude Contemporary, 2011; The Painting Group, Utopian Slumps, 2010; Points of View, Torlano Galleries, 2010; Territorial Pissings, Utopian Slumps, 2010; I’m worse at what I do best, curated by Tom Polo, Parramatta Artist Studios, New South Wales, 2009; Visage, Firstdraft, Sydney, 2009; Texticles, curated by Rob McHaffie, TCB art inc., Melbourne, 2009; and SafARI, Sydney, 2006. Walker was winner of the Arkley Award in 2010, and finalist in the Blake Prize in 2009, the Fishers Ghost Art Prize in 2006 and Mosman Art Prize in 2006. He is a current Gertrude Contemporary studio artist. 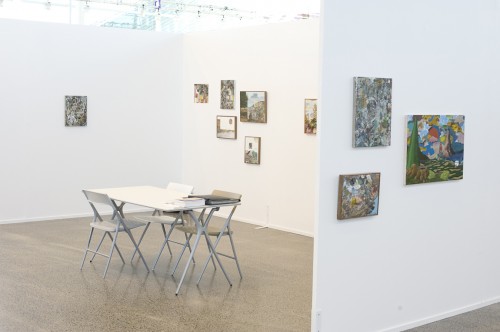 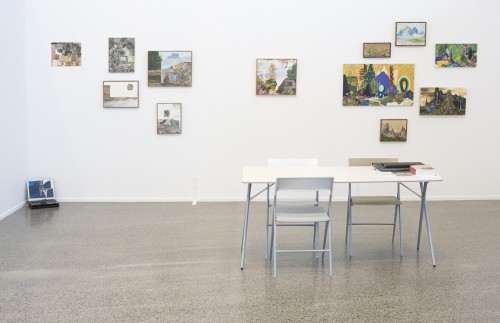 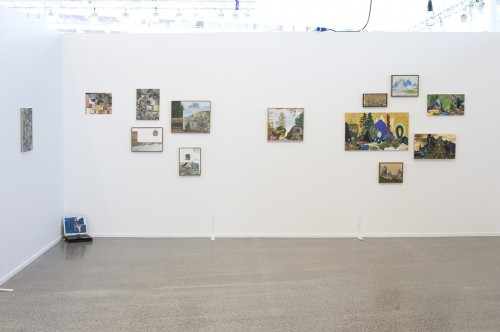 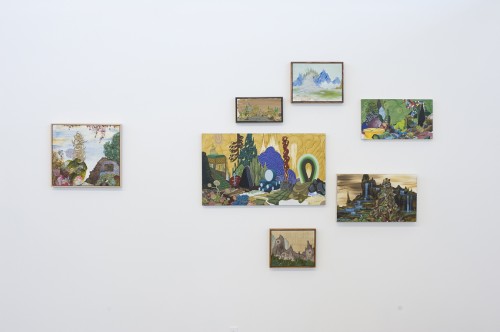 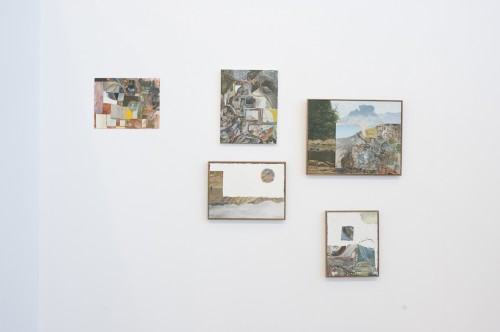 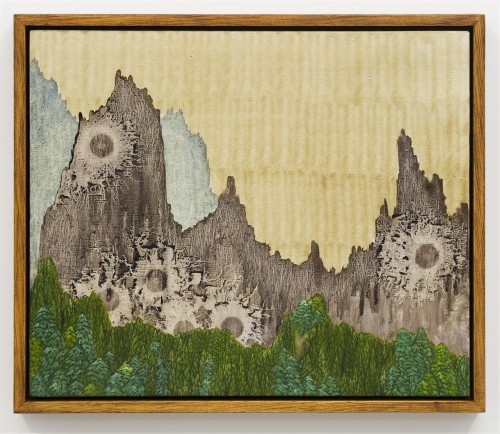 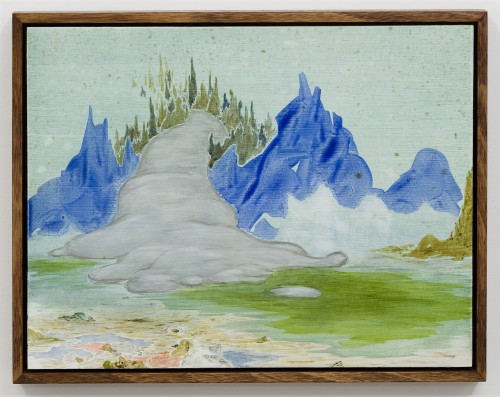 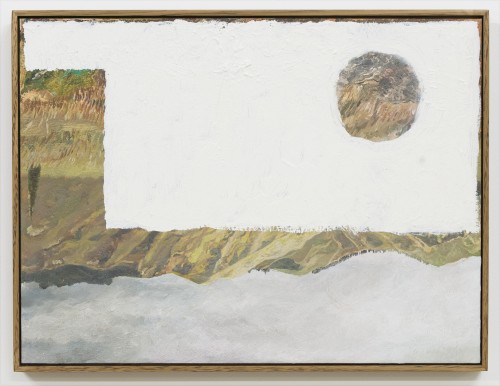 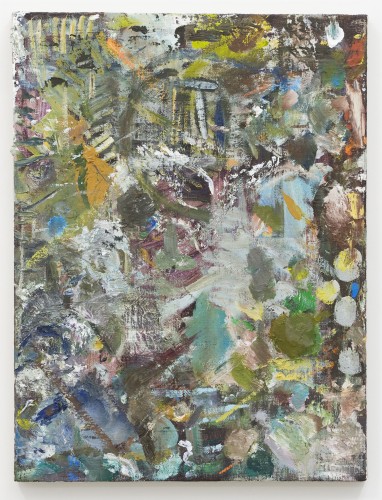 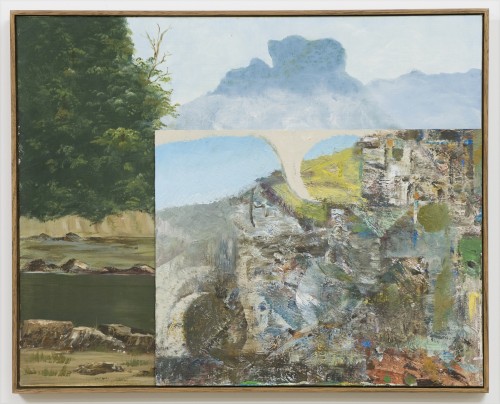 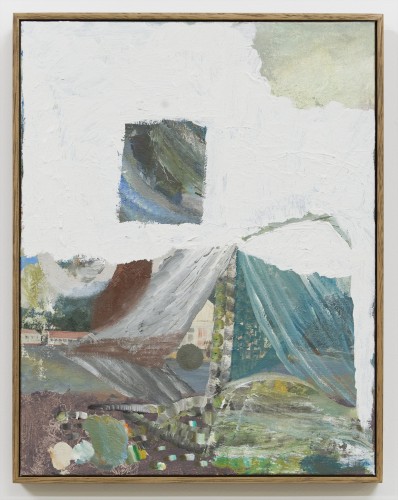