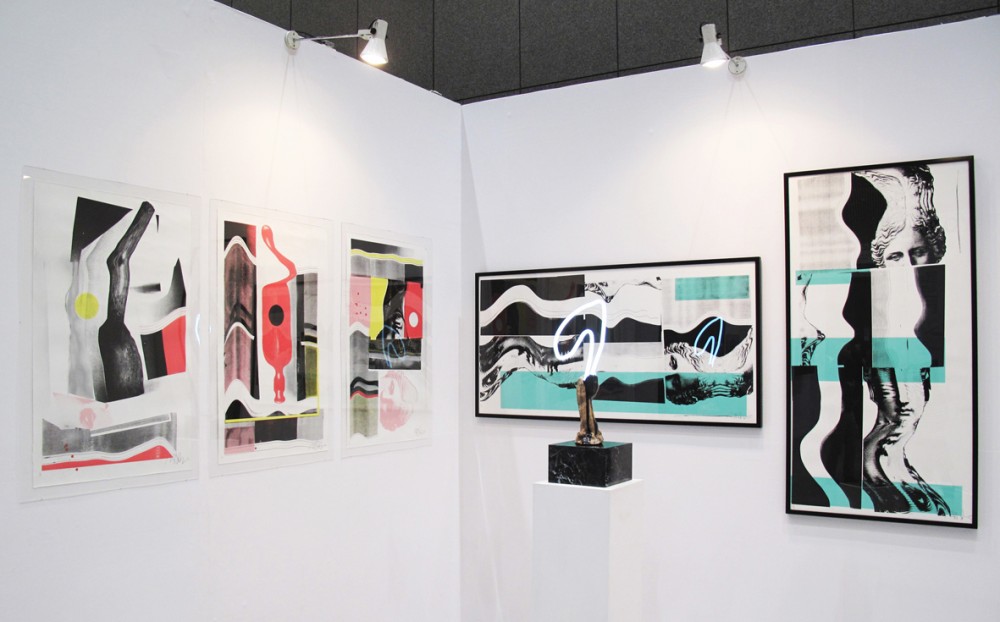 Misha Hollenbach’s new body of work VENUS (double spout) consists a series of framed hand painted screen prints entitled DISTANT PLANET and a neon ceramic sculpture on a laminated ‘marble’ stand. These works will form a deeper investigation into his ongoing explorations of the past through archaeological ruins and totemic imagery.

Hollenbach’s practice merges contemporary culture with visionary primitivism. Working across the mediums of installation, sculpture, screen printing and collage, his work is driven by the notions of carnal desire and primal need: a return to the basics and (un)basis of human existence. Gesturing toward the legacy of Dadaism, Hollenbach reconfigures found objects and images to create new meaning through their surreal and often confronting associations. 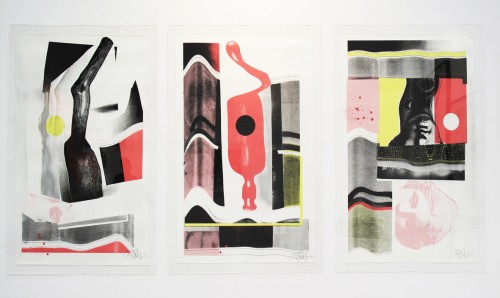 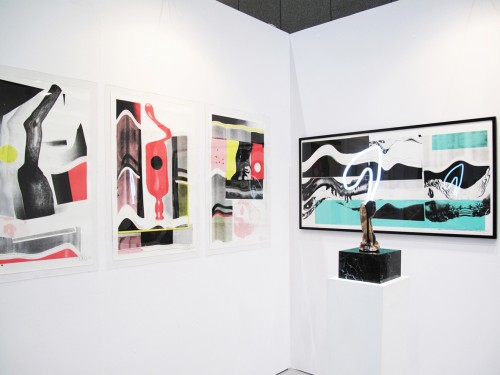 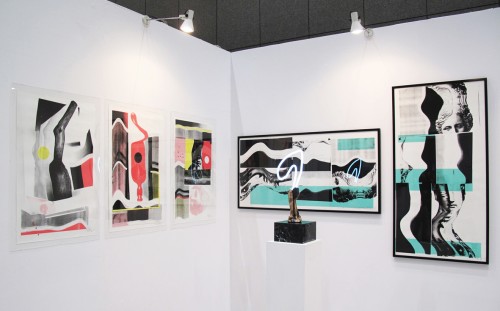 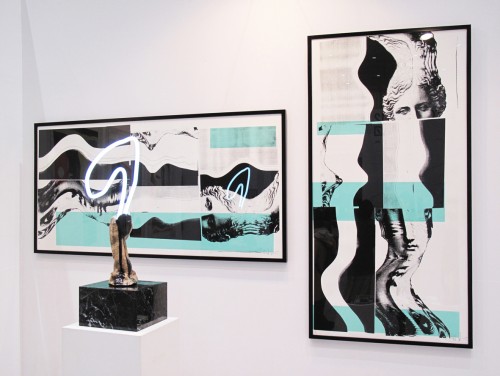