Collaboratively, Kibel/Ryder will present a series of turntable paintings on vinyl that converge sight and sound, and will be accompanied by an audio soundtrack from rock and experimental music icon Ollie Olsen. This audio/visual grouping of works will also extend to a selection of combine neon sculptures.

This is the second installment from Kibel/Ryder, who investigate the intersections of popular culture and its various materials and treat these junctions as possible formats for the production of new work.

Some Helpful Pointers / or a Kind of Manifesto for the Moment:

2. One painter likes the paint brush, the other one prefers it out of a can, but they use both anyway.

3. No gimmicks, no proposed reinterpretation of explosions: however there might be some real ones.

5. Avoid organised religions like one would avoid taxes (it has the same effect).

6. Gambling like they say is an artist’s game (everyone’s a winner).

7. Never believe the 10 Rules of Rock and Roll (or any for that matter, as that’s just not rock and roll, so here are some for free).

8. Sex is the devils work (and like we all know it keeps this wonderful world going around).

10. Drugs while fun; everyone knows that they are bad juju. 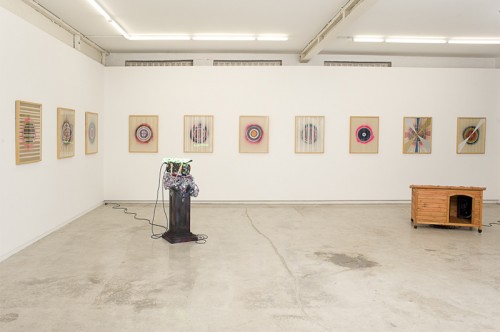