In 2008 Wiliam Mackinnon was awarded the Marten Bequest Travelling Scholarship, a prestigious two-year bursary that led him to travel the Kimberley where he was artist in residence at Mangkaja Arts in Fitzroy Crossing and field officer for PapunyaTula artists, servicing the Kintore (NT) and Kiwikurra (WA) communities.

His latest body of work gives a very personal account of what is for most Australians an unknown world, one often viewed through the dual veil of romanticism and prejudice.

Following in the footsteps of previous antipodean artist/travellers such as Sidney Nolan, Mackinnon returns with images of a strange and harsh land seen with fresh eyes. There is grit in Mackinnon’s works reminiscent of Nolan’s drought paintings that speak of the true nature of the Australian bush so often glossed over.

Although Mackinnon has developed an obvious affection for some of the residents in the communities he’s serviced,The Lucky Country exposes a raw, honest and personal account of contemporary community life. It does not judge but bares witness to what is now a hybrid mixture of old and new world cultures. A complex place where the first and third worlds meet with often tragic results: substance abuse, welfare dependence, gambling problems, an epidemic of preventable diseases and a greatly reduced life expectancy.

Amidst this bleakness Mackinnon finds human strength as well as hope and humour. Subjects include local football games, senior artists painting and what has been his surrounding landscape over the last two years. 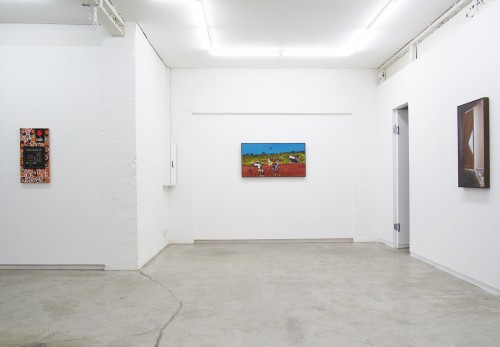 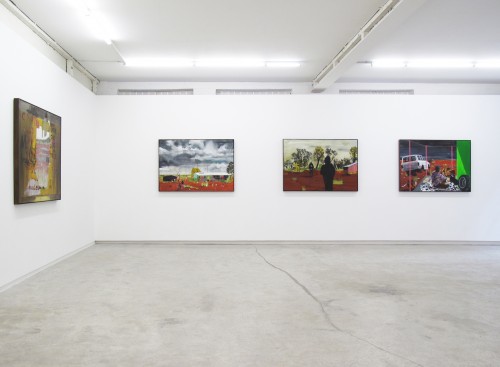 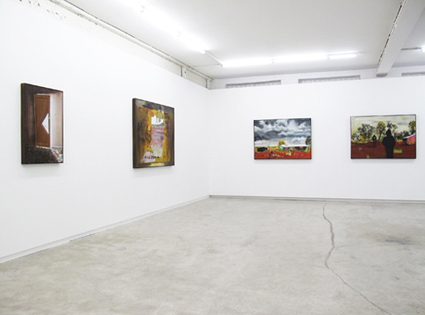