William Mackinnon’s large cinematic roadscapes are painted from memory, imagination and roads recently and less recently travelled. Traversing the Australian landscape through the long night these huge paintings invite contemplation. They are not the roads of longing and escape, as seen in his previous work, but are tinged with optimism. The paintings in The Great Indoors form an intersection of the imagination and the sensory world. Mackinnon’s new road paintings will be exhibited alongside a new experimental project from Mackinnon, a series of hand-painted lenticular three-dimensional prints that need to be seen to be believed. Poppy, playful family portraits where double adapters and power boards stand in for family members. Sprinklers await, ready to pop off the picture plane. This is Mackinnon in full swing exploring the possibilities of painting: sensual, clever and fun. 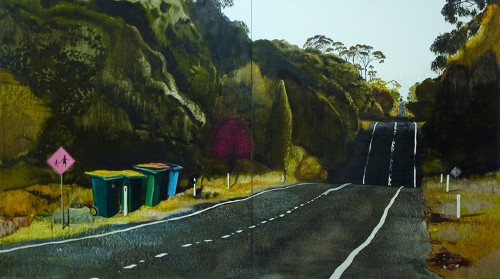 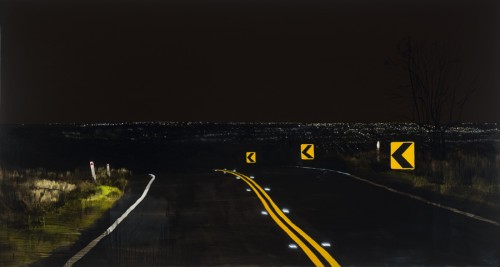 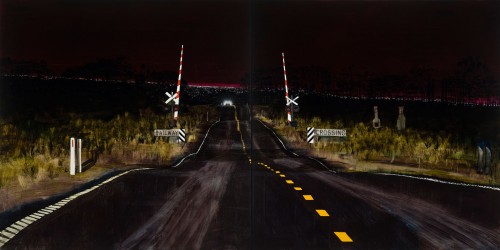 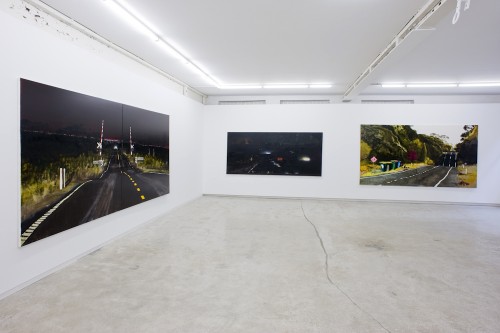 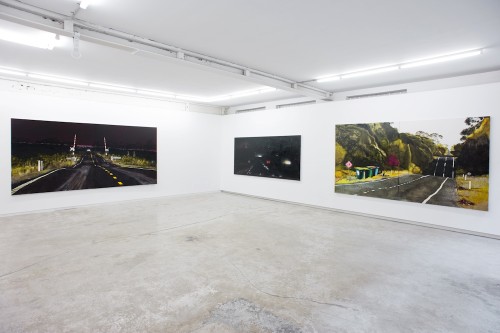 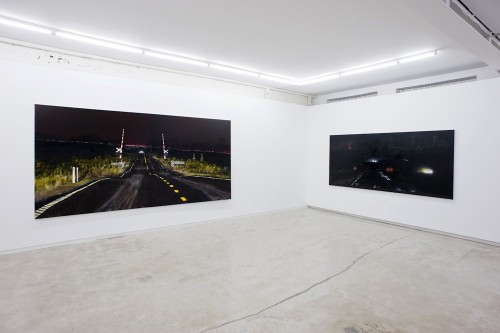