The Donkey’s Tail is an ongoing art/music project led by John Nixon that expands on his earlier music project ANTI-MUSIC from 1979-1983.

Founded in 2006, The Donkey’s Tail functions as an open ensemble. Performances by the ensemble subvert expectations, creating noise music with traditional and improvised instruments. Performers are often deliberately assigned instruments with which they are uncomfortable or unacquainted yielding surprising and unpredictable results.

Though predominantly engaged with abstraction in his art practice, Nixon has also been making noise music and anti-music for over three decades. His artworks engage the same experimental spirit. Recently he has embarked on a group of The Donkey’s Tail works that reference the original Sunset Over The Adriatic painting produced in Paris in 1910 with the “assistance” of the tail of a donkey named Lo Lo. The donkey painted over an existing seascape using a paintbrush tied to the end of its tail. His owners let him swipe red paint gestures over the middle of the canvas to create a free expression. The painting was entered in the Salon des Independants exhibition in Paris in the same year.

Nixon’s versions of the Sunset Over The Adriatic have been simplified to an abstract scheme, red for the sunset and blue for the sea, with a white taped stripe representing the movement of the brush by the tail. These works are not only paintings, but also function as musical instruments with varying numbers of bells attached to the stretchers. In some recordings and live performances, they have been used as tambourines.

The exhibition at Utopian Slumps will form a prelude to the work presented as part of Melbourne Now at the National Gallery of Victoria. 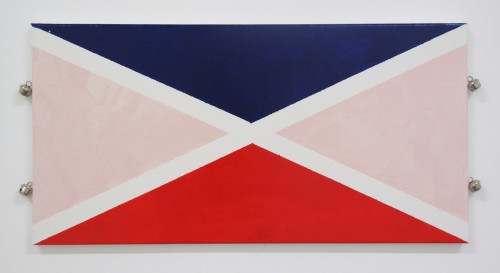 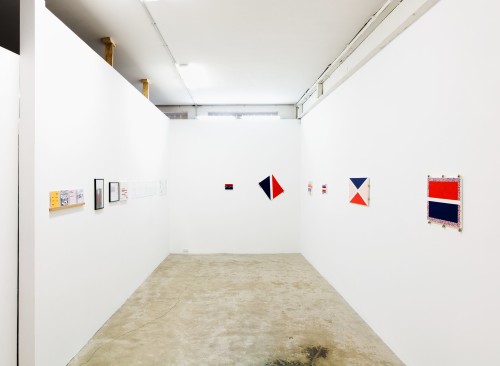 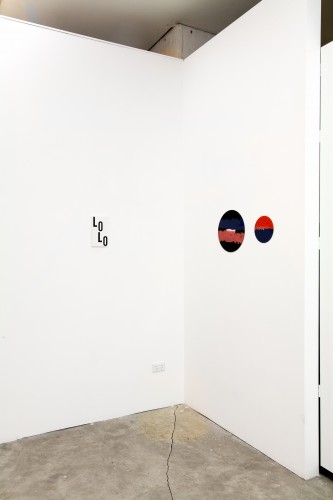 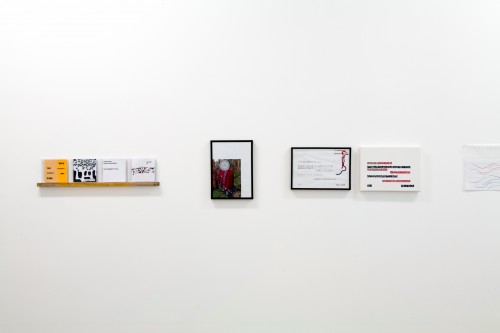 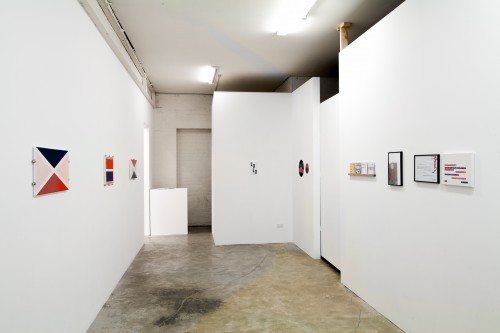 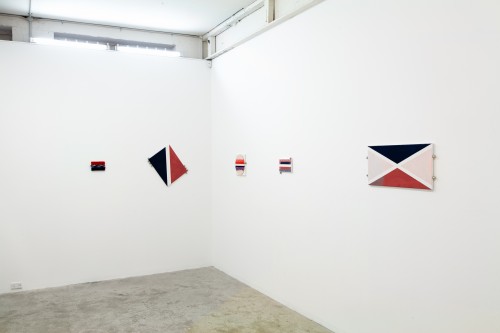 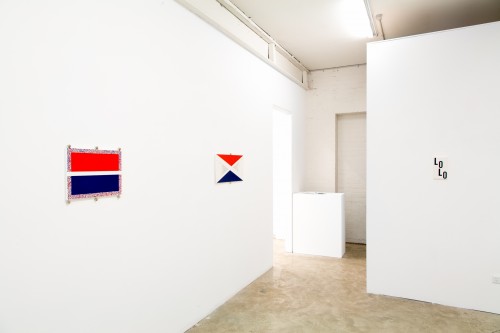