Steven Asquith’s latest body of work embraces the contradictions of an optimistic apocalypse in response to recent global socio-economic, political events and our post-internet, 24-hour news cycle society. This dissonance is evoked by a contrast between clean lines and the rougher touch of an imprecisely wielded can of spray paint. Brushstroke interventions and grid systems are used to articulate the reckoning of contemporary issues of surveillance, drone strikes, environmental degradation and economic regression. Asquith’s gestures are decisive, precise in their chaos and inexact in their measurements, colourfully hopeful in their visions of doom.

Asquith’s Midnight Drone Lullaby continues with his abstracted exploration of the contemporary interplay between technology, society and the primordial brutality that lurks beneath these human endeavours. Within his gestural works lay the everyday misfires that characterise any activity; the rough practical outcomes of refined theoretical ideals. Devoid of figures these works bring the viewer into abstract environments, generating space for the contemplation of individual standpoints. Free of political leanings they merely hold a mirror to the viewer’s own joys and horrors amidst the impact and influence of new technologies and global perspectives. 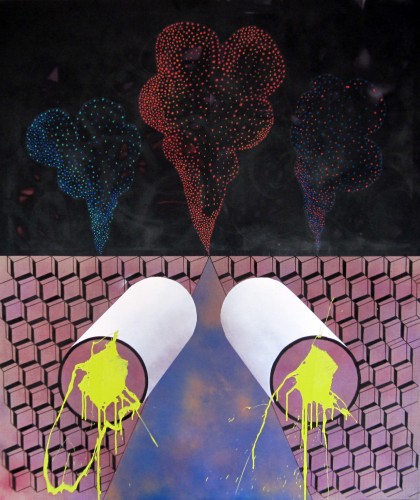 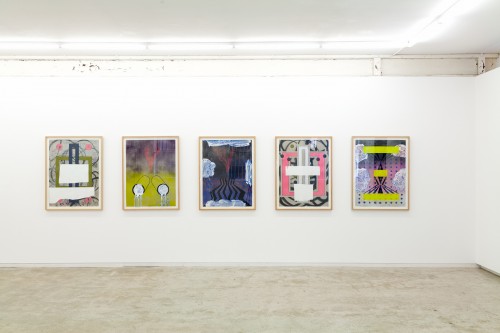 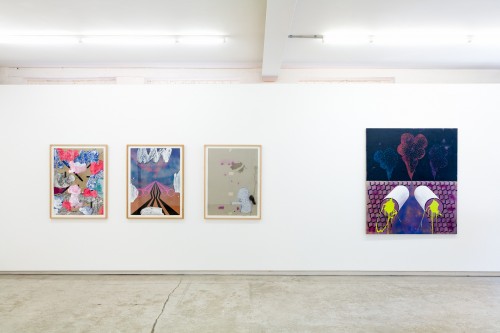 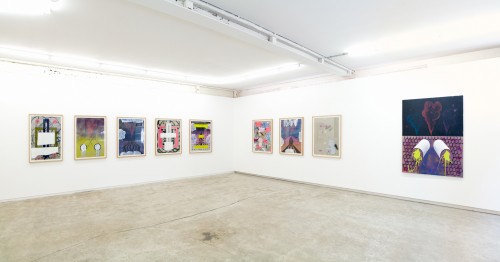