Geikie’s new body of work imagines the stylistic features, architectural layers and cultural indicators of a fictional clan; invoking the essence of this timeless unknown group through her continued investigations into the psychological potency of historical iconography.

Geikie’s series of collages, textile-based works and sculptures draw on influences ranging from armour, quilting techniques and Tudor architecture to experimental dying, Hare Krishna robes and nautical knots as well as the Abstract Expressionist paintings of Clyfford Still and textiles of Sonia Delauney.

These influences combine to emerge as forms for psychic defence against an internal or illusionary combat. Each object variously suggests crests, shields, a cape, nets and windows, signifying the conflicting desires to protect and project and to belong but also to remain isolated. The works represent boundaries and psychic barriers that allude to entrapment and enclosure, while also referring to the ways we might contain our self or conversely feel part of a group. 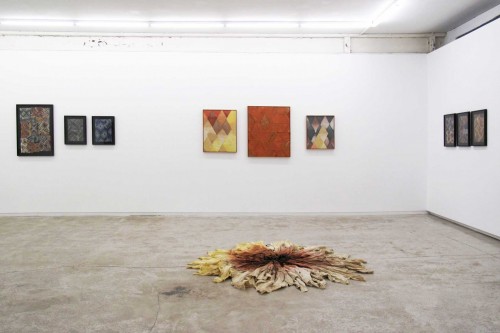 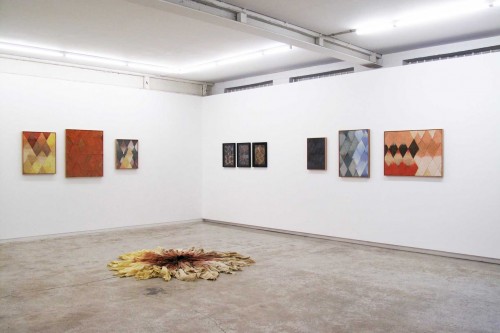 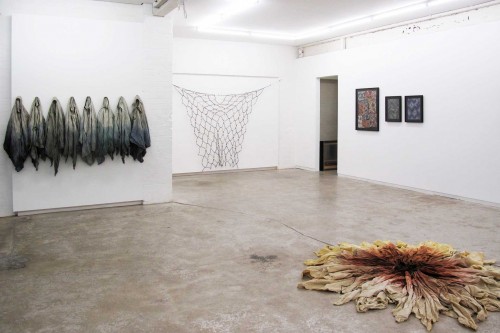 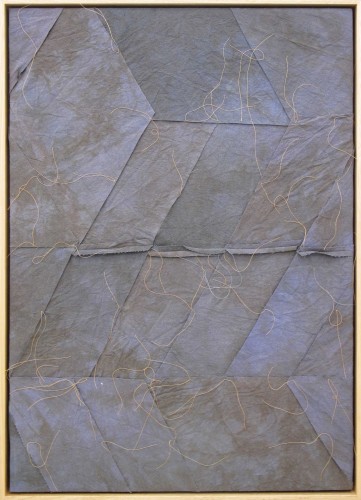 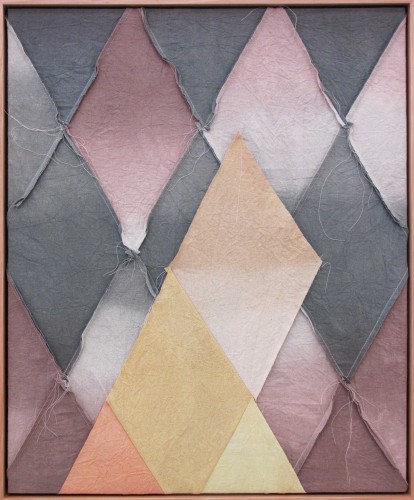 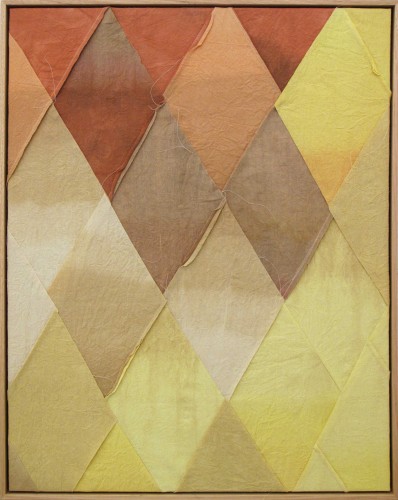 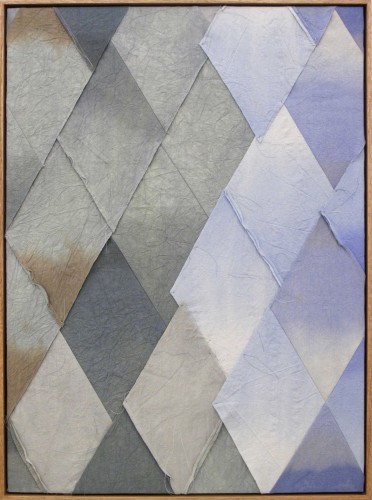 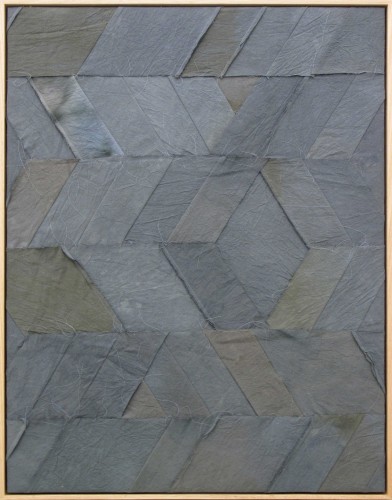 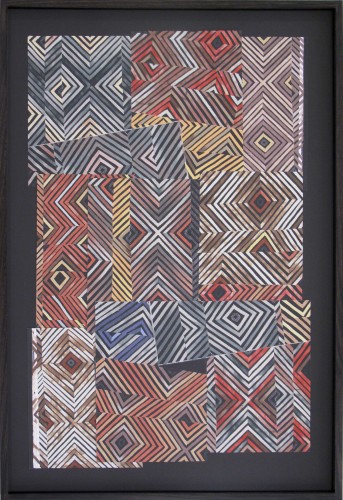