In recent work Andrew Long has explored abstracted portraiture, containing and concealing his subjects by placing blurred photographs in deliberately obstructive frames. His compositions of timber, glass, aluminium and mirror distort the conventional mode of viewing a framed image, accentuating the sculptural qualities of these raw materials. By offering a limited view of the image, the distance required to delineate abstraction and figuration is withheld – encouraging a sensorial interpretation in its place. In his work for Protective Pieces, a close-up photograph of a person or an architectural detail is held by a corresponding sculptural frame. ‘Open’ areas within individual structures are derived from the 18th century French trumeau frame, where an oil painting was often framed beneath or below a mirrored panel. Long’s works reinterpret the characteristics of the trumeau, using the mirror to alleviate the pressure of the ‘closed’ area. By observing the viewer’s encounter and carrying available light, the works articulate the present while also preserving a facsimile of the past. 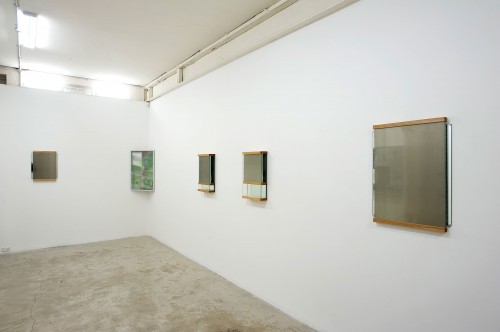 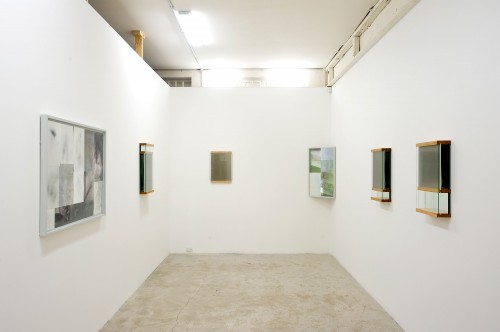 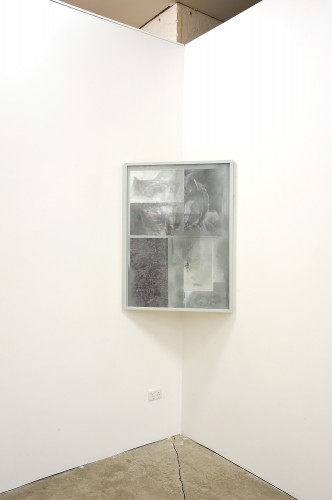 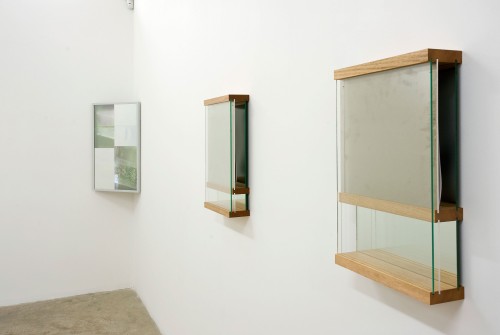 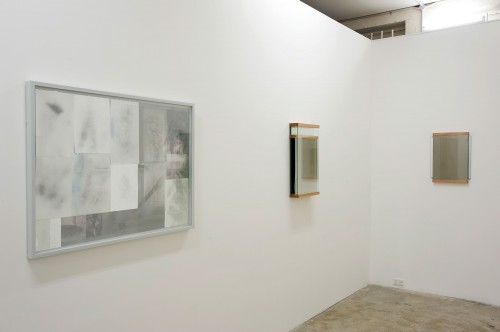