PATH
Children are now born into a world where typing takes precedence over cursive writing. Unwittingly the centre of this shift is gestural. At some point perhaps it will be artists who refuse to type. In 1922 Captain Cyril Turner of the RAF dropped oil on his aeroplane’s exhaust pipe and wrote letters in the sky over Times Square in New York City at approximately 10,000 feet. In the late 1960’s artists James Turrell, Sam Francis and Marinus Boezem started to employ skywriting as a medium. As seen in the work of Georgia O’Keefe, Lee Krasner and Joan Mitchell, 20th Century art is characterised most strongly by approaches to the painted gesture. But now in a time where gesture is no longer a daily activity (entering PIN codes in place of signing one’s name for example) perhaps the value of this activity is increased. In this century already so dominated by the use of a keyboard to communicate with others, the advocacy in art for the hand remains staunch. Yet the parameters for this type of movement are in a new set of circumstances.
OPPORTUNITY
The freedoms of the air are a set of commercial aviation rights granting privilege for countries to enter and land in another’s airspace. The sky, a place once of gods, and now freight, is tenuously shared. When we look up we do so as Romantic painters did, as terrified passengers now may, or as children who see figures emerge from brushstrokes. Everyone can see the sky at once but the cloud has been arrested both as a metaphor for data and environmental change. Artists, tourists, delegates and expensive abstract paintings are flown in jets to various locations across the earth in search of admirers. Their messages are written in opportunity, beginning to disperse as vapour before completion. Form is witnessed in the moment of its passing, but in memory it may remain. To fix the movement of bodies on jets or on the dance floor, as in nature morte, is to freeze the reflection. In strokes that are imperfect, those who seek to counter these gaps do so in holding on to something otherwise changed. 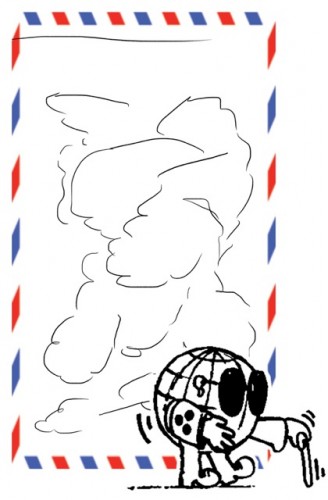 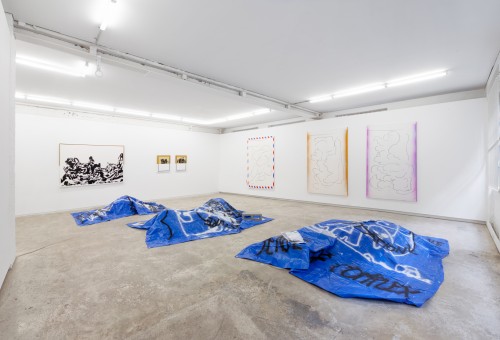 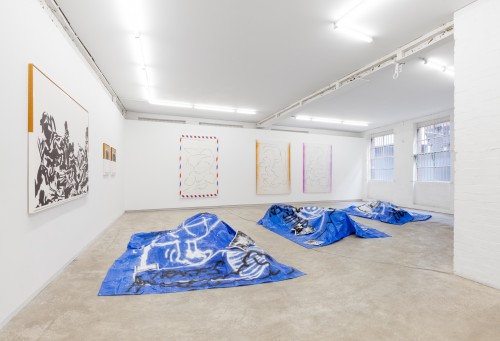 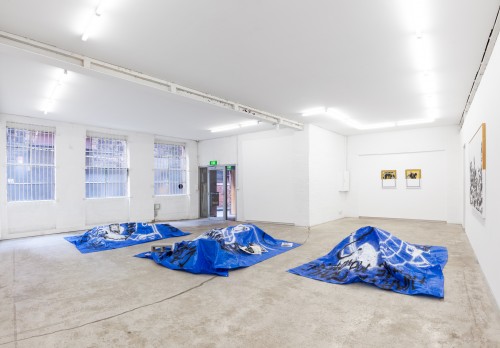 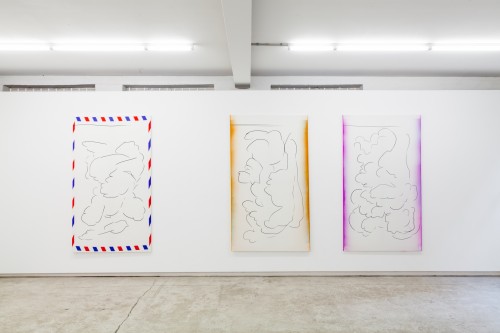 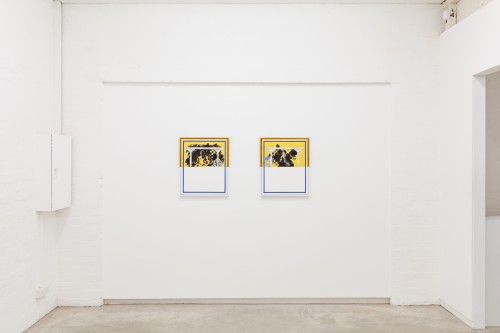 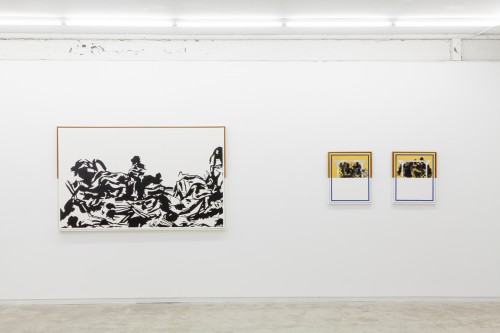 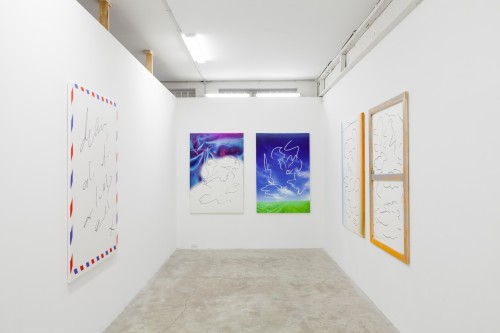 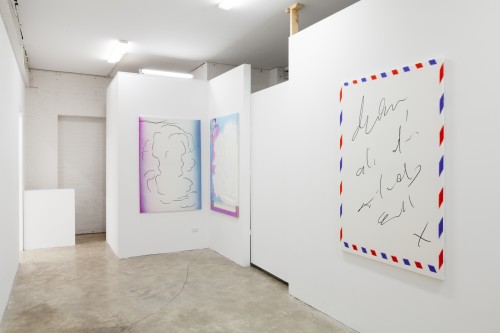