New Zealand born Jake Walker incorporates architecture, text, found paintings and video into his expansive painting practice. Through a continued exploration of cultural and familial source material, often inspired by architecture and the landscape, he melds genres, symbols and styles with form. As a child Walker spent a great deal of time in and around the architecture of family friend Ian Athfield and his father Roger Walker, and in a number of his paintings he has used images of their architectural work to draw a link between his explorations into abstraction and the experiences that have shaped them. Walker’s muted palette, finding external references in the grainy vision of faded 1970s photographs and slides, enables him to create a slippage between the genre of landscape painting, the familiarity of a history visualised, and something imagined.

This creative slippage also appears in several of Walker’s text-based paintings. A phrase that often reappears in these, “HAVE A GO”, for instance, was borrowed from a 1970s New Zealand government advertising campaign promoting the benefits of getting active and trying new things. Walker recognises the humour in this phrase as in Australian vernacular it also means to attack someone verbally. His most recent copy of the first painting that he found adopting this phrase presents an attempt to convey reverence for the original work he has adjusted.

Walker describes the link between his works as ‘adjusting what already exists or creating a starting point to adjust later’; he never initially conceives a finished work at but rather describes his practice as a process of investigation. In doing this he removes a certain authorship from his work, especially through the use of found paintings, rendering the boundary between what he started and what he finished blurry. But in its place he also inserts a conversational value: between painters past and present.

For Owner Builder Walker will present a new body of work encapsulating his various artistic practices: archived from memory, influenced by architecture, and encapsulating text on found painting. 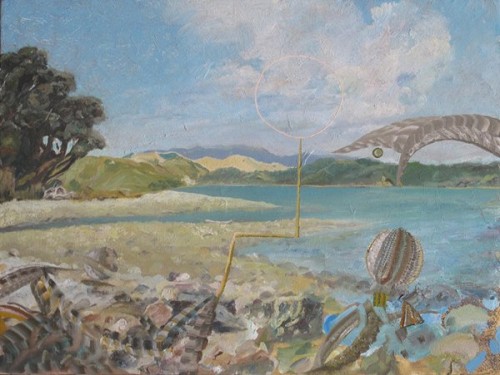 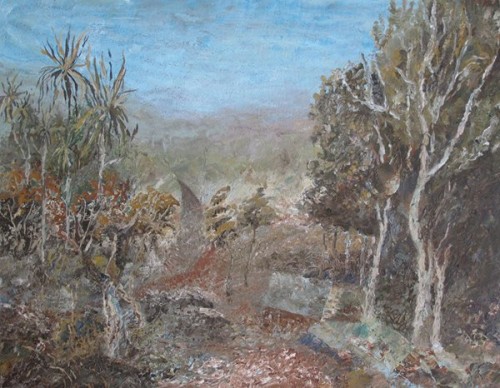 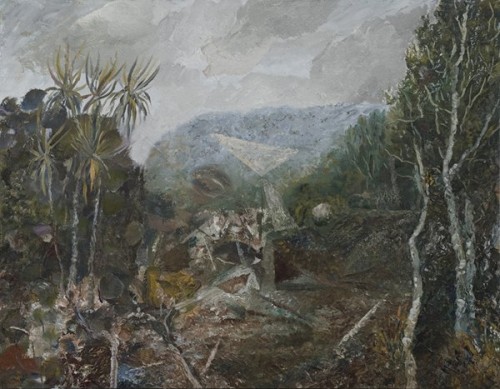 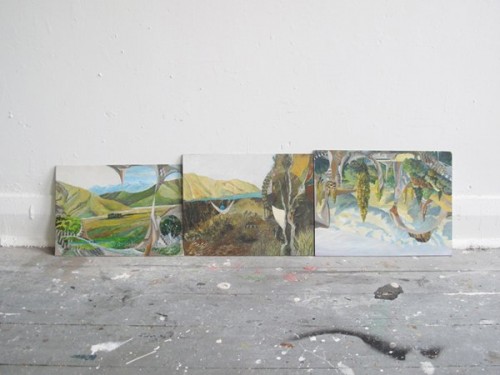 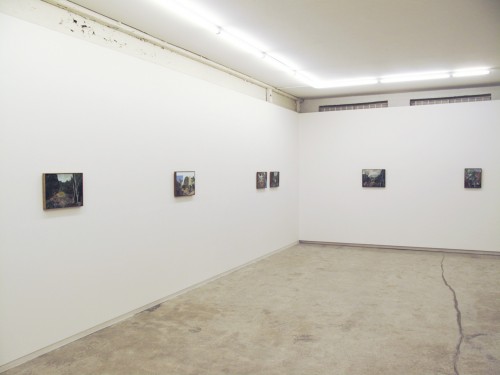 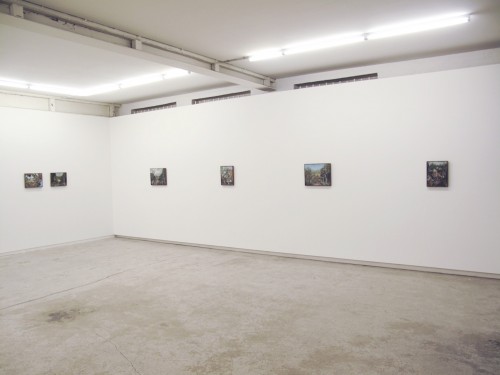 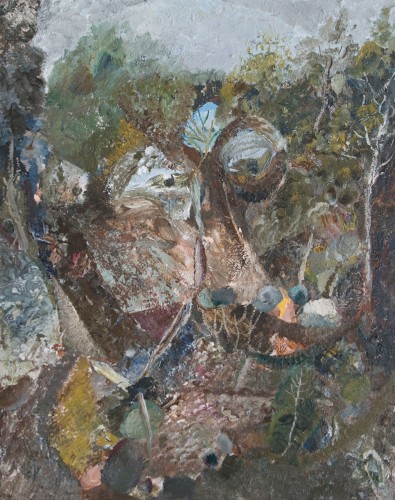 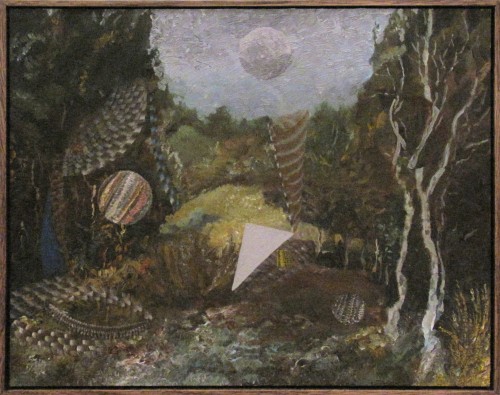