On the edge of knowing

How strange it was to see men do something beautiful. Something pointless and elegant, as though nobody saw or cared.*

William Mackinnon’s latest solo exhibition, On the edge of knowing, explores themes of Australian identity through imagery of surfers and the rugged landscape of the beach. His large-scale cinematic paintings paddle against the current of his contemporaries, zooming in on what is prescient to him in life and work. Each painting leads to the next, revelling in the rich vein of ideas running through them.

Mackinnon’s paintings look knowingly to art history and optimistically forward, exploring the elastic possibilities of the medium. His playfulness, ambitious scale and light touch reminds one of when David Hockney left England and found sunlight and liberation in Los Angeles.

Mackinnon graduated from a Bachelor of Arts at Melbourne University in 2000, a Post Graduate Diploma at the Chelsea College of Art and Design, London, in 2006 and a Master of Visual Arts at the Victorian College of the Arts in 2008. He worked as Tim Maguire’s studio assistant from 2004 to 2006 and has completed internships at the Peggy Guggenheim Museum, Venice and the Chinati Foundation, Texas, where he lived next to Wilhelm Sasnal. Mackinnon was resident artist at Mangkaja Arts, Fitzroy Crossing in 2009 and worked as a Field Officer for Papunya Tula Artists in Kintore and Kiwikurra in 2010. Mackinnon has held exhibitions nationally and internationally, including William Mackinnon, Utopian Slumps at Art Stage Singapore, 2013; Paintings conceived while driving, Horsham Regional Art Gallery, Horsham, 2012; Landscape as self portrait, Morton Fine Art, Washington, 2012; The Great Indoors, Utopian Slumps, Melbourne, 2012; The Black Dog, Boutwell Draper, Sydney, 2011; The Lucky Country, Utopian Slumps, Melbourne, 2011; Paintings Conceived While Driving, Utopian Slumps, Melbourne, 2009; and Mountains, Streams and Cave Dreams, Joint Hassles, Melbourne, 2008. Mackinnon’s work is held in the Artbank, Griffith University, Holmesglen, Macquarie Bank Collections, RACV, State Library of Victoria and Stonnington Council collections, as well as various private collections in Australia and overseas. He is a finalist in the Basil Sellers Art Prize, to be held at the Ian Potter Museum of Art in 2014. 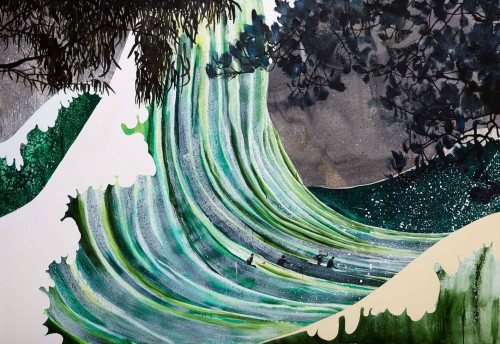 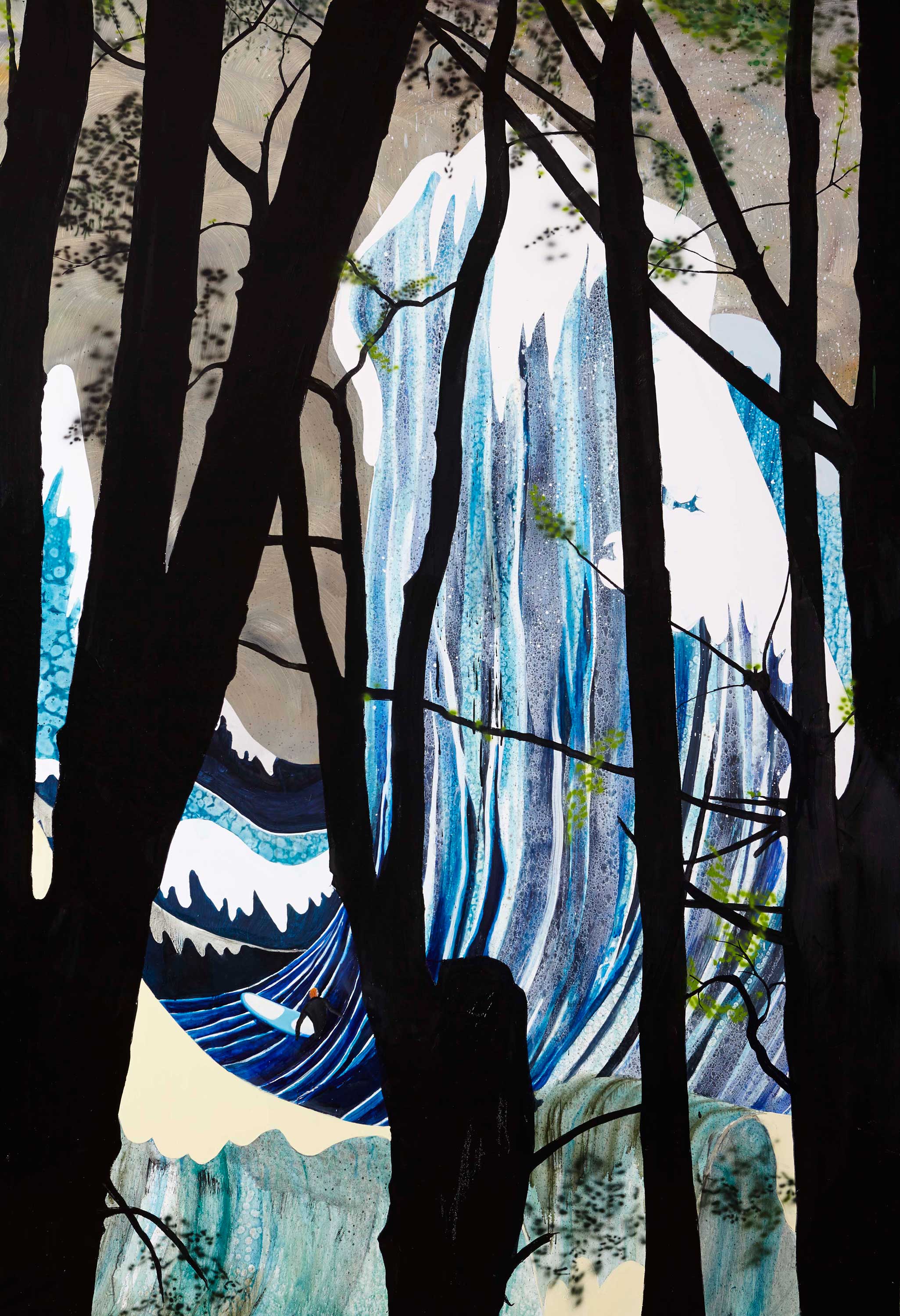 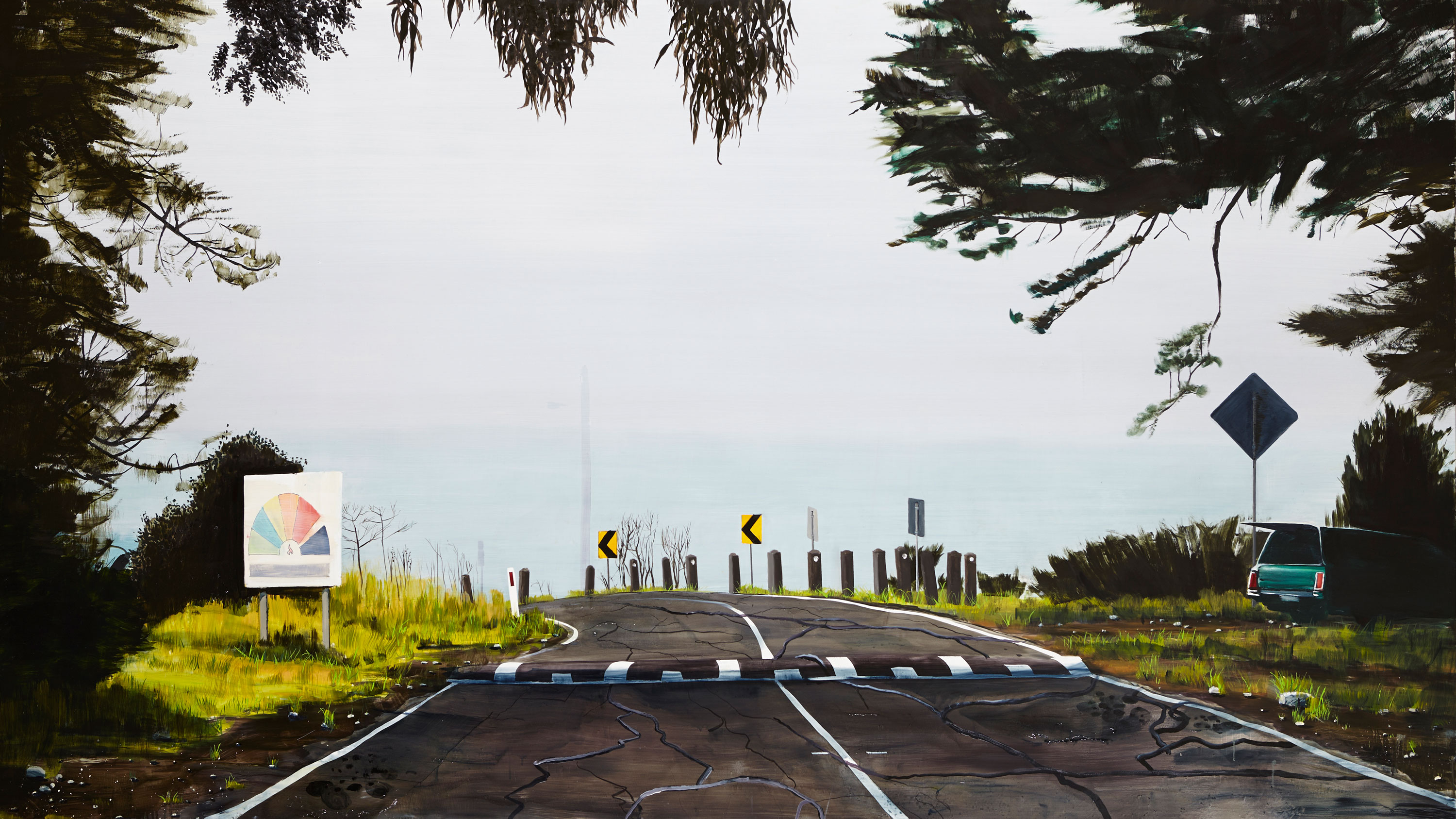 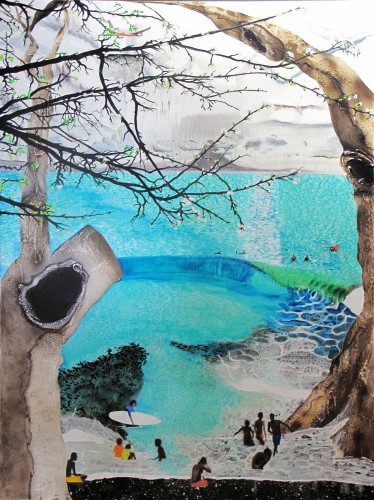