No Deposit No Return

Toby Pola’s latest work forms a series of life-sized reproductions of clothing that evoke a bittersweet Australiana and a tongue-in cheek look at our failings, past and present. His balsawood carvings, suspended off hooks and coat hangers, mimic the functional objects they were modelled after, as hard and unmoving as cotton is soft and foldable. These objects present a variety of possibilities: Melbourne’s failed attempt to secure the 1996 Olympics; Australia Day at Cronulla beach; the suspended operation of the Southern Star Observation Wheel; or the Nike slogan – ‘Just Do It’, co-opted by a rubbish removal company and printed on their day-glo uniforms.

Pola was born in Melbourne in 1971. He graduated from a BFA (Sculpture) at the Victorian College of the Arts in 1993. Recent exhibitions include Life Sux Then You Die, West Space, Melbourne, 2012; Smoking Gun, Death Be Kind, Melbourne, 2011; and Territorial Pissings, Utopian Slumps, Melbourne, 2010. 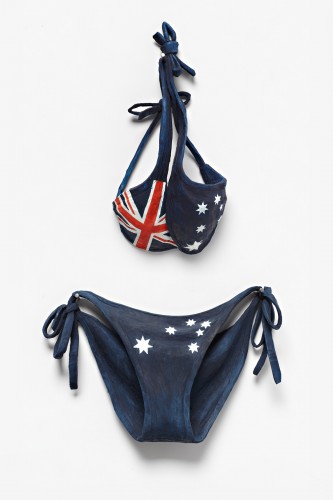 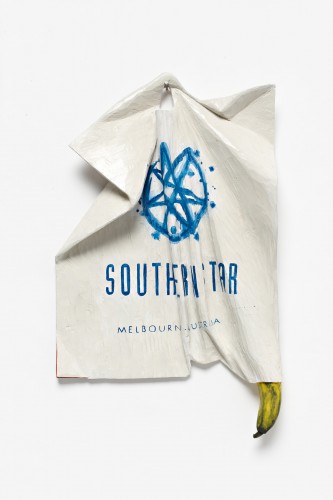 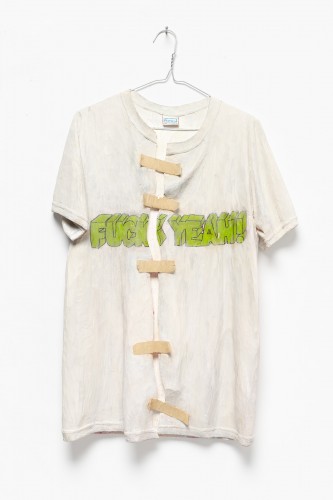 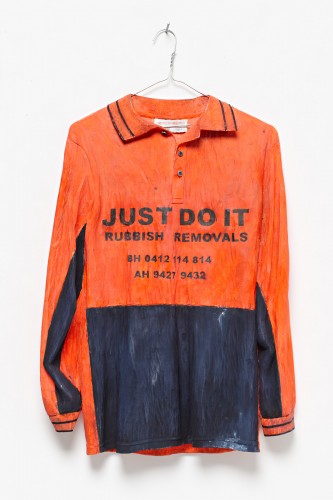 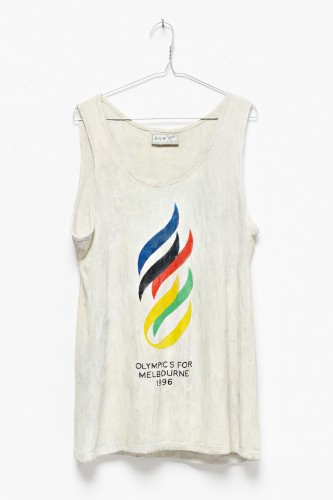