Certainly, ideas are enthroned in the academy, and urine drips discreetly into the latrine. But urine in the academy! That would be the total dialectical tension, the art of pissing against the idealist wind.
― Peter Sloterdijk, Critique Of Cynical Reason

Misha Hollenbach’s A.T.G.S. will feature new paintings, concrete sculptures, ceramics and collages. Plinths will be upended and repurposed as objects, socles, sitting alongside his new series of monochromatic nonobjective paintings, collages, and gestural ceramic works, harnessing the energy of the process, blurring the notions of ‘object’ and the presentation of and experimentation with mark making.

Following an impulse toward primal, sensual embodiment, Hollenbach continues his investigation into a stance that could be termed ‘base materialism’; subversive, low-and-dirty theory or, as Sloterdijk argues, the ‘dog philosophy of the kynic’. Gesturing toward the legacy of Dadaism, Hollenbach reconfigures found objects and images, and makes new ones to explore new meaning through their spontaneous, free associations. His practice reveals a fascination with archaeological and architectural monuments, primitivism, domesticity, aestheticism, anarchy, degeneracy and decay, and the physicality of human existence. 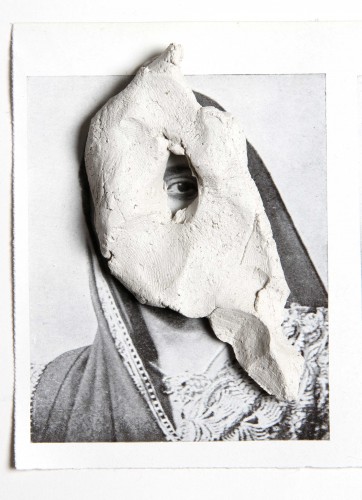 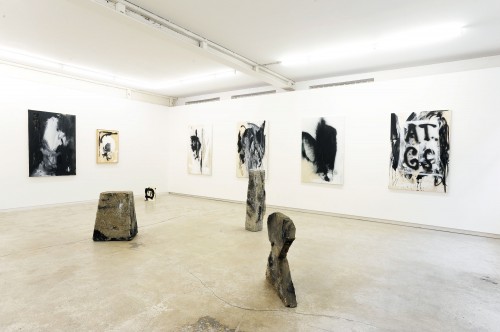 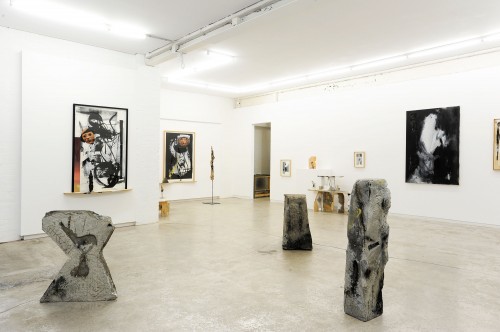 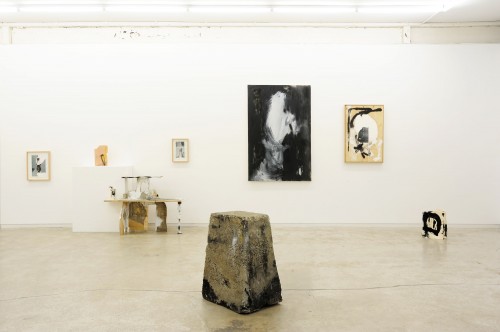 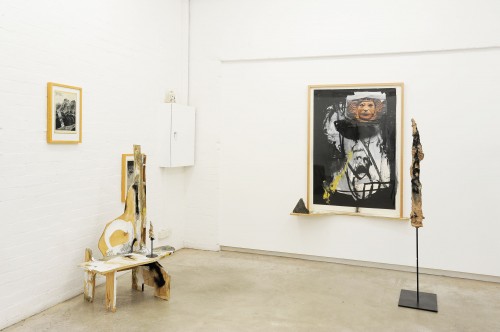 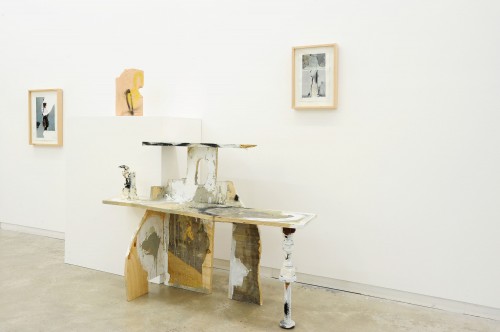