‘Painting can no longer just be painting. Today it is also necessarily a form of conceptual art.’*

The artists in Method and Gesture are linked by the manner in which they paint – as part of a broader conceptual practice. As such, they do not necessarily apply paint to canvas; instead, they might paint onto sculpture, found surfaces, or with beeswax. Reflecting the aesthetic concerns of the contemporary era — characterised by both the post-medium and the post-conceptual conditions  — the works selected for the exhibition illustrate an expanded conception of painting, presenting equally an intellectual and aesthetic proposition. Together they present painting as a process of enquiry, a deconstruction – the works are the result of an ongoing dialogue with their medium.

New Zealand artist Nicola Farquhar merges traditional portraiture with abstraction. Constructed piece by piece, the paintings are formed according to each mark’s response to each other.

London-based New Zealand artist Milli Jannides’ practice merges the emotional landscape of a character with a physical environment. Often starting with a quotation from a fictional text, the finished paintings are those that travel away from their literary source, taking an idiosyncratic journey to find their own internal logic.

Helen Johnson’s Grubby Australian Scorpio Painting (Lucky’s Christmas), 2013 explores cultural identity through abstraction. The built up paint layers offer a metaphor for the complexities that operate in the ongoing formation of Australian identity. Its energetic, gestural mark making and busyness is balanced by the areas of canvas that are left completely untouched.

Merryn Lloyd works with pigment and beeswax on various surfaces – ply, canvas board, and found materials. Hers is an enquiry through shape, composition, colour and ground. Each exhibition presents a new set of responses, grouping her works in a horizontal or ad hoc method in response to each environment.

London-based Michelle Ussher’s Geyron, 2012, is a glazed ceramic sculpture depicting an anthropomorphic mass from which three faces emerge – part ancient classical form, part rumination on the complexity of contemporary human life. Cracks are evident in the surface. Soft, gently glazed pink lips and flesh tones suggest an otherness, beautiful, fallible and grotesque. Sunset in a Blackhole, Lightbulb in a Plughole, 2012 is a multi-layered painting produced in golden tones during the same period. Intangible, gestural and layered, it reflects the curiosity and multiplicity of Ussher’s practice more broadly.

** Peter Osborne, Anywhere or Not At All: Philosophy of Contemporary Art, UK and USA: Verso, 2013 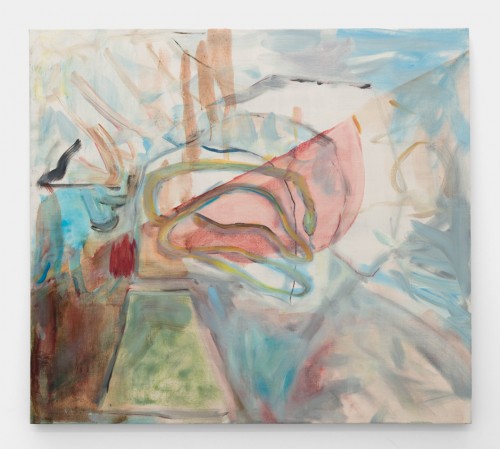 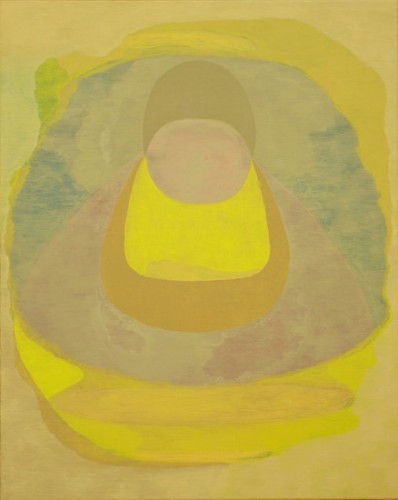 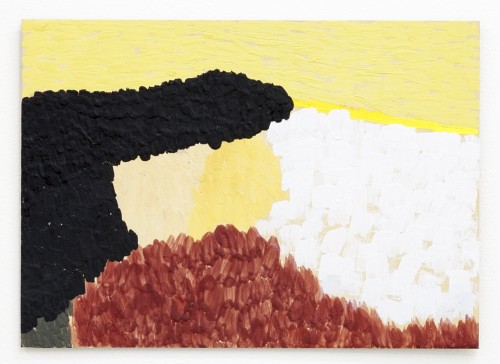 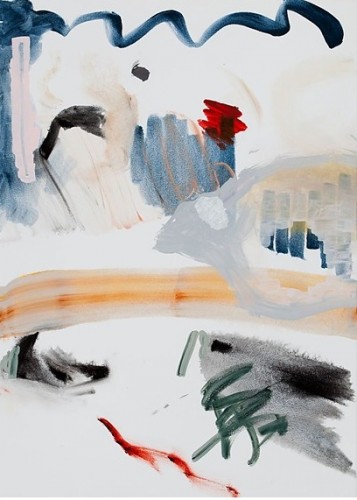 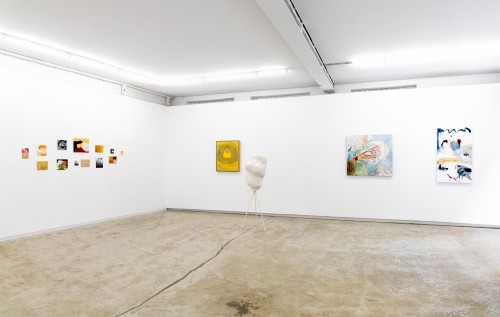 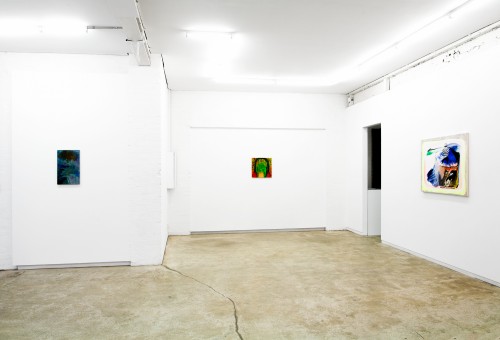 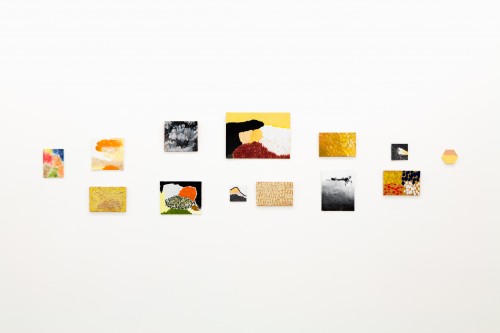 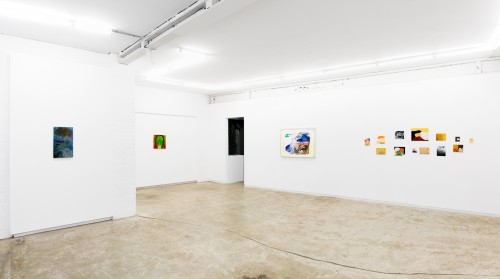 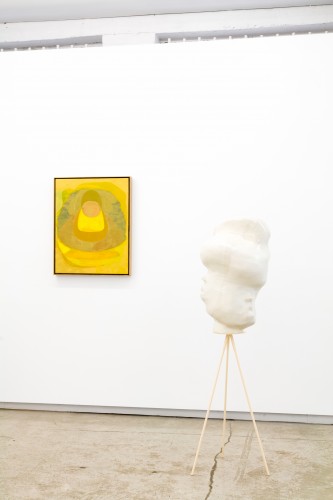