I know you will be happy here

To open up a new door,

to show you something you’ve seen before

but overlooked a hundred times or more*

I know you will be happy here from Benjamin Lichtenstein is based on the Run Property ‘To Let’ boards that proliferate Melbourne. Lichtenstein always thought that the woman featured on most of the billboards looked uncomfortable being the face of the business, and wondered if anyone else noticed her awkward expression dotted around Melbourne.

In I know you will be happy here Lichtenstein has created new landscapes and spaces using pictures that he’s taken across Melbourne. The resulting unique state silver gelatin prints present a personal view of the city influenced by the artist’s emotional connection to specific locations. Snippets from various places have been collaged and re-presented to depict a unique scene.

Lichtenstein is an artist who predominantly works in photography. Utilising images from his largely documentary-based photographic archive, he combines numerous images to form new compositions. His works are typically monochromatic and produced in the darkroom, combining collage, photography and drawing techniques to step outside the traditional conventions of photographic practice.

Lichtenstein was born in Jakarta, Indonesia, in 1984, emigrating to Melbourne in 1987. He graduated from a Bachelor of Fine Art (Photography) at the Victorian College of the Arts in 2009. Recent solo exhibitions include New Work, The John and Marion Frye Collection, Los Angeles, 2013; Death Adder, Chapter House Lane, Melbourne, 2013 and Cereal Dust, Neospace, Melbourne, 2012. Selected group exhibitions include This has been, c3 Contemporary Art Space, Melbourne, 2013; Room Service, The Carlton Hotel, Melbourne, 2009; Proud, Margaret Lawrence Gallery, Victorian College of the Arts, Melbourne, 2008 and Everything Forever, curated by Thomas Jeppe, 672 Nicholson Street, Fitzroy North, Melbourne and Palm Court Gallery, Perth, 2007. Lichtenstein was winner of the Kodak Salon at the Centre for Contemporary Photography, Melbourne, in 2006 and finalist in the Bowness Prize in 2013. 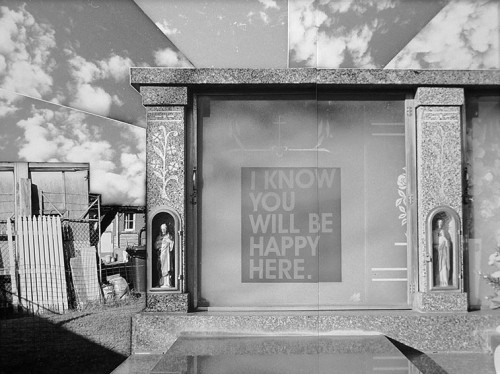