Dylan Martorell’s latest exhibition, Hazrat Prototypes, has its roots in the principles of Hazrat Inayat Khan, an early 20th century Northern Indian Sufi mystic who founded the Sufi Order of the West in 1914.  According to Khan:

“Musicians have always held to the principle that modern scientists have rediscovered: that the ear is incapable of fully enjoying two sounds played or sung together, and that is why they enriched the melody to such an extent for the purpose of their meditation.”

Khan’s principles promote a stripped back, utilitarian kind of music based on the concept of one voice or sound. In response, Martorell has created a series of single-voiced musical scores formed from improvised, collaborative movement. Accompanying the scores will be a series of new drawings created whilst listening to these sounds and documentary videos of Martorell’s recent projects in the Kochi Muziris Biennale, India and Chang Mai, Thailand.

Martorell weaves Khan’s minimalistic approach to music with notions of both natural and artificial decay, renewal and reuse. Repurposed and recycled objects form the material basis of Martorell’s chaotic aesthetic in striking contrast with the minimal backing-track to the exhibition. Throughout this permeates the organic form, underscoring and occasionally reclaiming the products of human intervention. 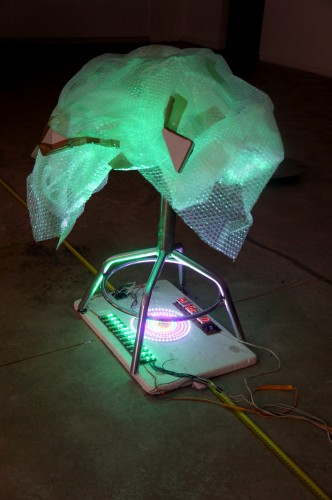 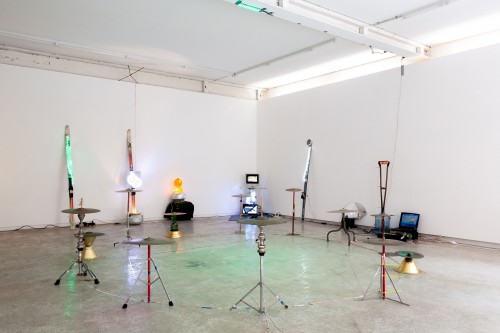 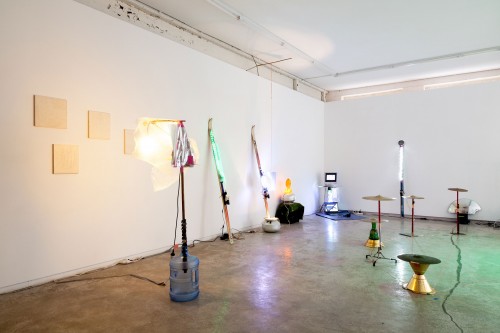 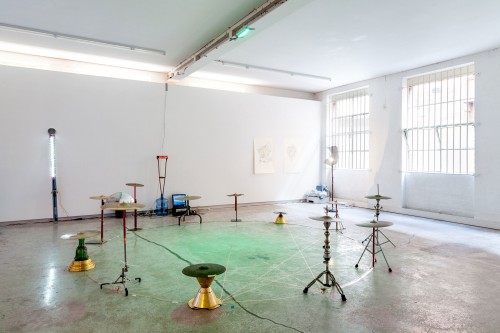 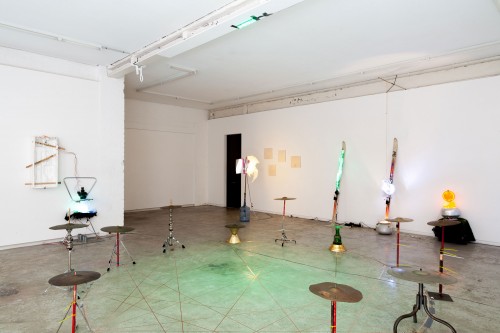 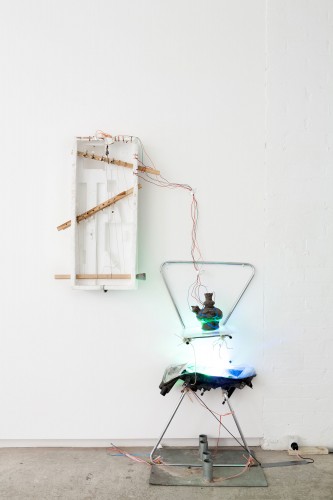