Linda Tegg’s practice is characterised by an element of almost scientific enquiry and observation as the attentive, sober eye of the camera follows the object under investigation. By confronting the subject observed with a specific, often staged, setting, the documentation is given a certain direction that ultimately leads to the question of Tegg’s study.

Through Goat Study 2011 Tegg questions the clichés surrounding her subject as well as the production of meaning in art. In this series of video and photographic investigations, the Centre d’Art Neuchatel, Switzerland, is populated with a small herd of goats. The goats stand in various configurations within the white void while one young goat balances upon a strange triangular plinth. As Tegg’s camera circles the young goat moves in place to keep the observer within its view.

Tegg often uses highly trained animals in her work to create a sophisticated interplay between ‘real’ and ‘performed’ behaviour. These explorations are designed to get us closer to an understanding of how we frame reality and the experiences on which we draw to do so. For centuries the goat has been cast as a symbol of unruliness, lust and Satan, or simply commodified. While the goats in this work bring with them their place in folklore and art history they too offer the prospect and awareness of perceptual systems that create alternative realities beyond our understanding. 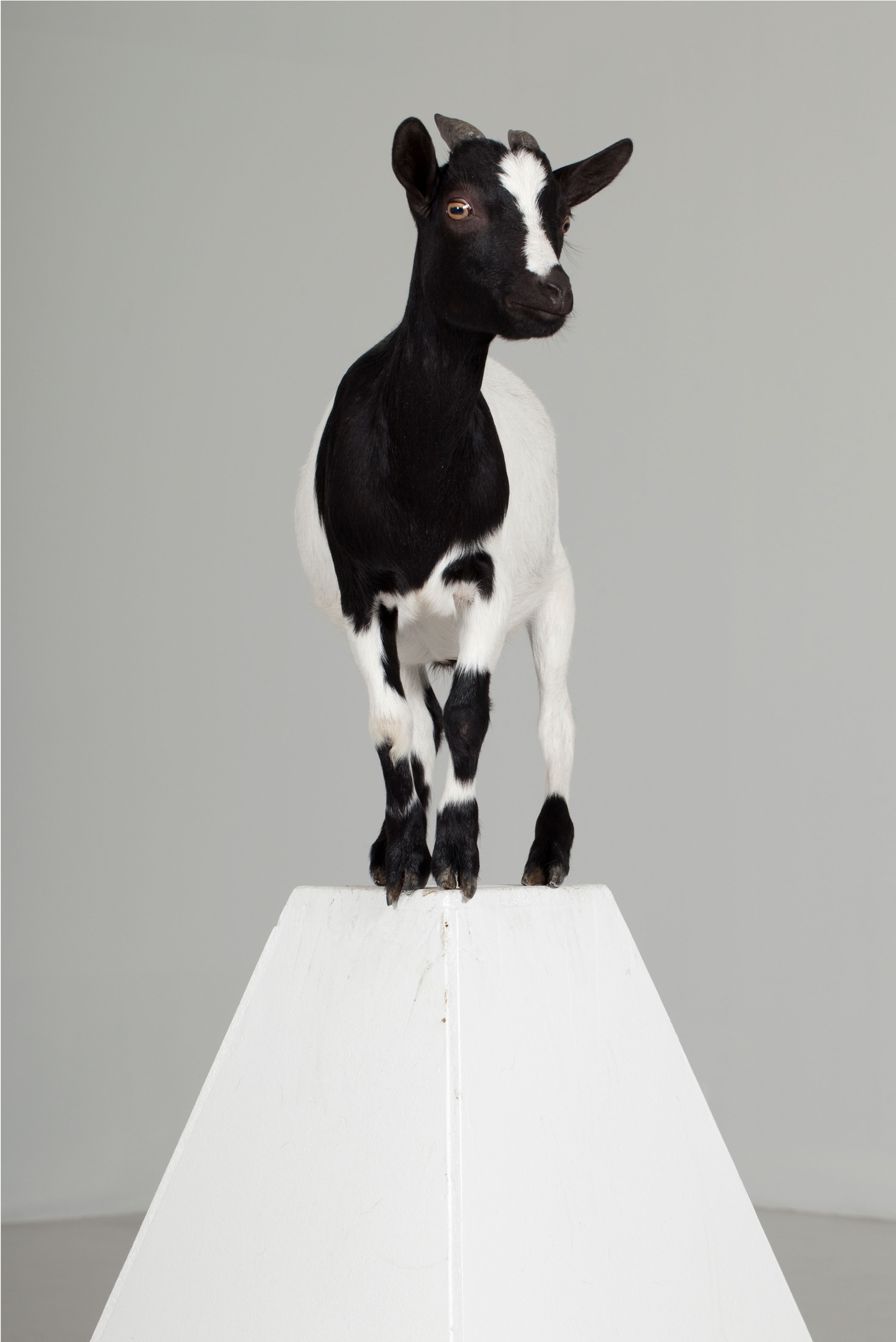