Esther Stewart’s hardedge abstract paintings and experimental sculptures explore repetition and composition through colour and line. The body of work for Endless, That’s the Problem, is constructed as an installation, where each piece frames the other, formed through the same processes in both their two and three-dimensional configurations. Stewart’s paintings mimic the lines of architecture and echo the visual language of plans and maps. In this unique iteration her paintings and sculptures will frame one another to enact spatial relationships that will inform new and alternative interpretations of her work. Stewart has incorporated new painting techniques into these works, experimenting with marble effects that mimic traditional sculptural material and grand interiors. 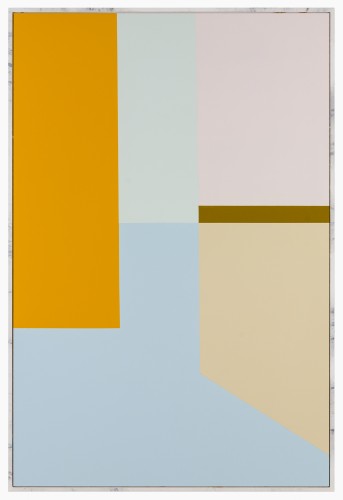 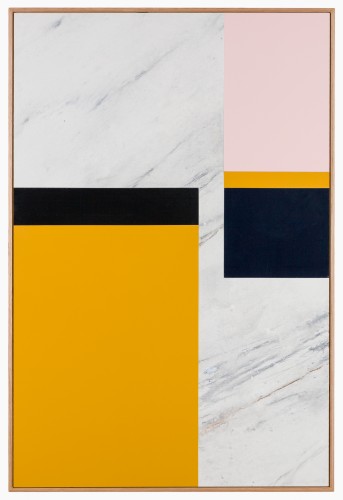