Between being and doing

Every work is in reality the result of a sometimes substantial number of interactions. Of interferences. The great beauty of a work lies without doubt in the fact that all the interactions that have brought it about remain visible in the finished piece. — Daniel Buren*

Between being and doing explores select examples of contemporary sculpture that refer back to the creative act; the ‘work’ occupying a space between the doing of the act and the being of the object as a kind of performative sculpture. Existing as the ongoing accumulation of interactions between artist-object and object-viewer, these sculptures are in part markers of absence for the artist’s body and in part embodied matter in their own right, enacted through an encounter with the viewer.

In Between being and doing Kate Newby will exhibit a new set of ceramic wind chimes extending the length of the gallery, subtly sounding in response to the movements of its viewers. Newby’s work characteristically evolves out of an intense communion with site and this work builds on previous work made for a community garden in Brooklyn in 2012. Joshua Petherick’s display of elements from previous exhibitions exist as the residue of past performances or events; as ’shadows’, stand-ins or echoes of their predecessors. Showing a selection of Carriers, inverted gift bags made from photographs of scans of found objects, and Leanings (Attachments), segments of wall cut from the gallery space of a previous exhibition, Petherick’s work demonstrates process as a performance of an endless sequence of adjustments.

Sriwhana Spong’s work for Between being and doing, made from silver and thread dyed in Coca-Cola, hangs directly from the ceiling in the form of a screen or a graph. Aptly described as a ‘choreography’ of form, Spong’s practice investigates the body as the threshold of movement between inner and outer states. Here, Spong’s work takes the form of material affected by an external system: the value of the silver wire, in constant flux due to market fluctuations, carries with it an invisible movement. Alex Vivian creates makeshift assemblages that are ‘performed’ each time they are made and unmade. Vivian incorporates domestic objects such as vases with worn items of clothing to disguise their original function and transform them into materials for sculpture.

* Daniel Buren in Dorothea von Hantelmann,  How to Do Things with Art, the meaning of art’s performativity, JRP|Ringier and Les presses du réel, Zurich, 2010, 72. 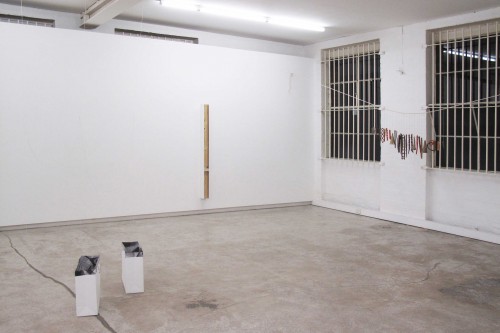 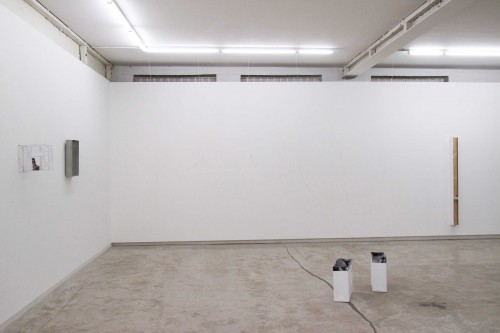 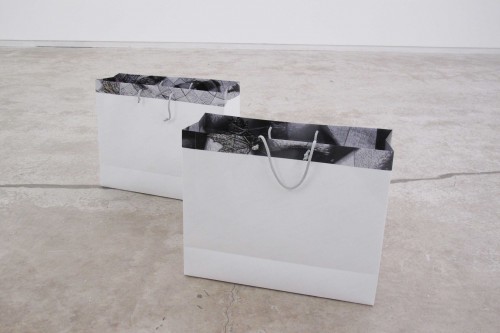 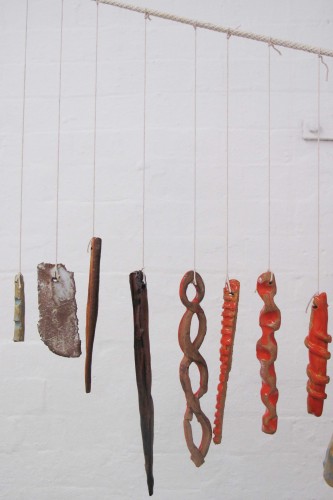 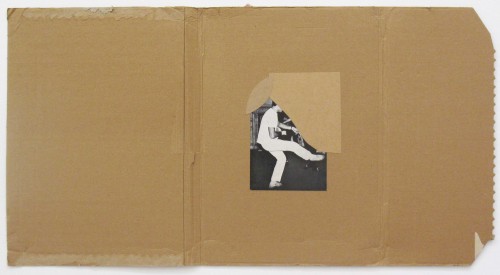 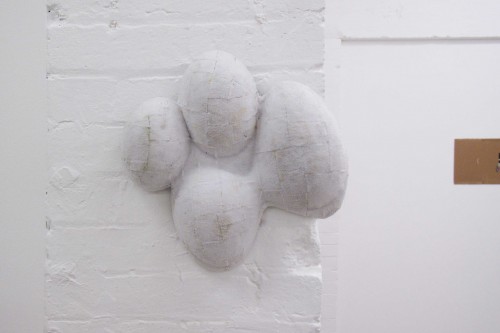 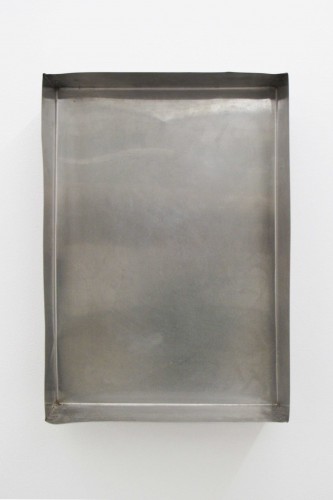 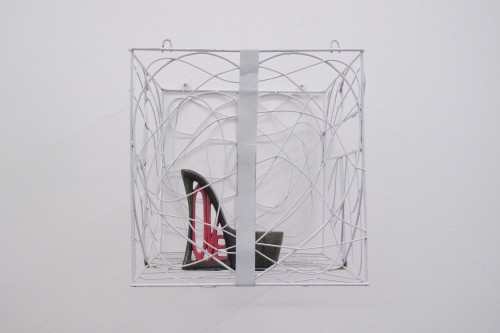