Whilst travelling during Ramadan in Morocco last year Fergus Binns found himself on a number of occasions referred to as Ali Baba. He has consequently adopted this guise for this new series of self-portraits, adorning himself with the attire and embellishments that one would attribute to Ali Baba.

Set within a Moroccan ‘oasis’, Binns’ new series of multi-narrative self-portraits are often landscape-based, with recurring symbols and motifs. The air was hot and dry during his time in Morocco and the artist could not prevent himself from imagining gushing waters, hence the omnipresent oases in these works. The ever-present Moroccan landscape is central to this new body of work, having left a deeply indented impression on Binns:

‘As it rolled by, hot, arid, rocky, sparse, seemingly lifeless desert plains and hills, stretching as far as one can see, there were on occasion the white poles of a football field protruding from the ground. Never a grass field, always dirt and rocks. There was never anyone playing on them. It was far too hot and it was during

Ramadan. That lack of human presence led me to imagine the field alive with human or other activity which made me think about the nature of football as a game itself, not only as a world game, but as an allegory to many aspects of life and also a diversion from life: opposing goals, teammates and opponents, the objective, the constant tension of the game, the climax and anti-climax, and its limitations. I fantasised about us playing and being in a safe but dangerous situation simultaneously and how our apprehension could be washed away with gushing torrents of water.’

When making these paintings after his return to Melbourne in the back of Binns’ mind were Persian manuscripts and miniature painting: their decorative borders, fine details and stories of love and death. He reflected on extremes in environments and what the human race are capable of surviving. About how we carry history and how we can carry our baggage. Above all these paintings are love paintings, but they wobble, indefinite and unfocused, as though a mirage. 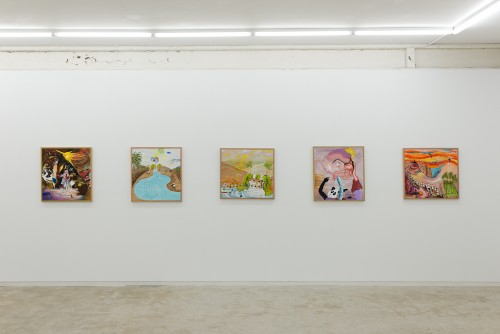 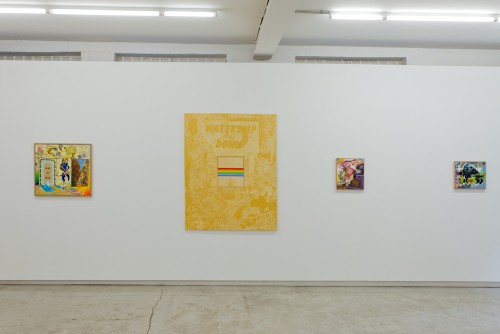 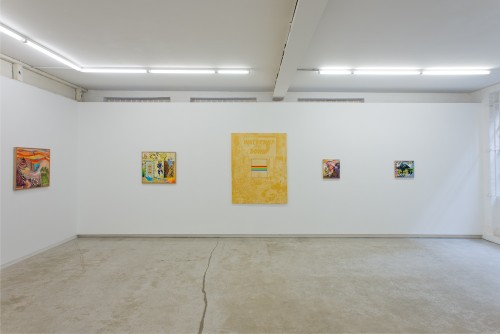 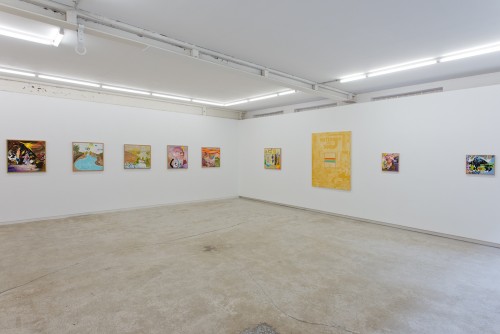 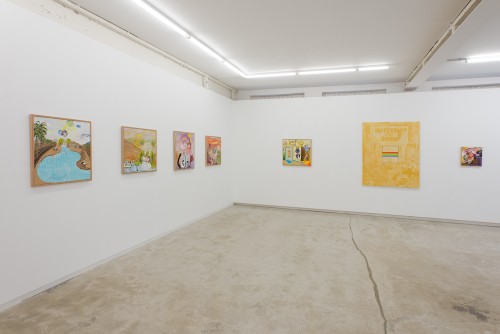 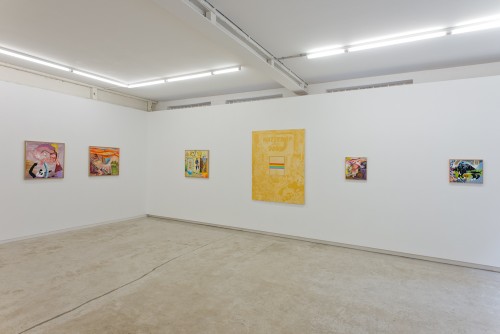 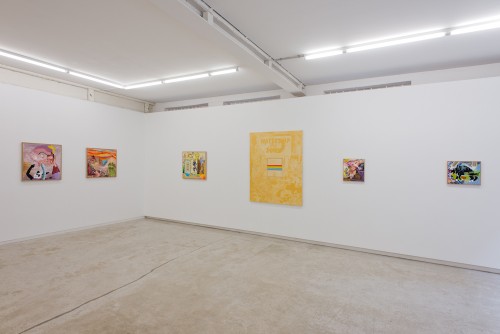 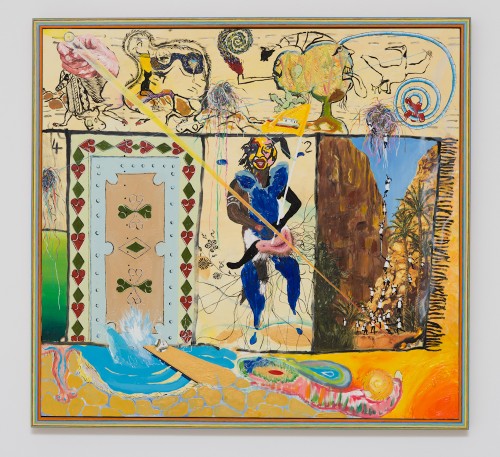 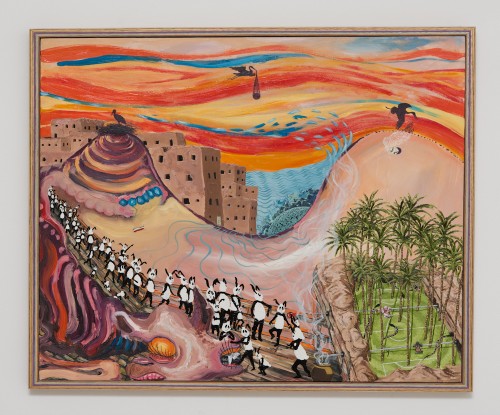 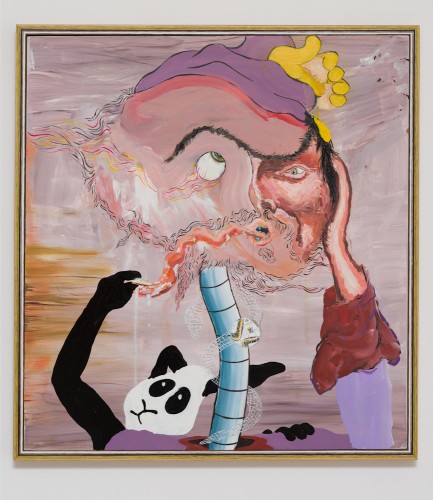 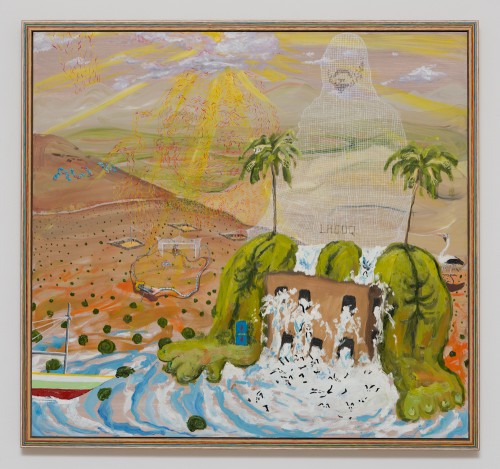 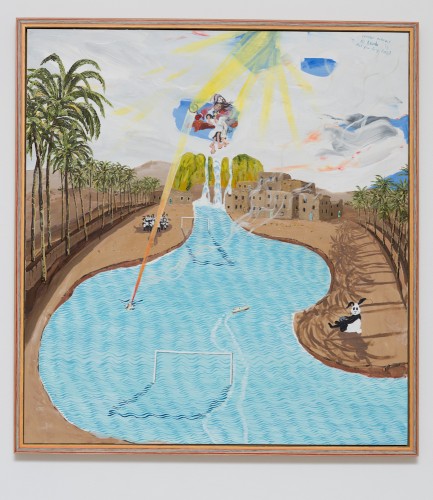 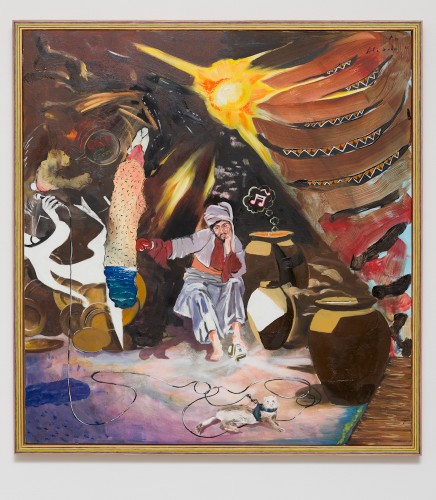 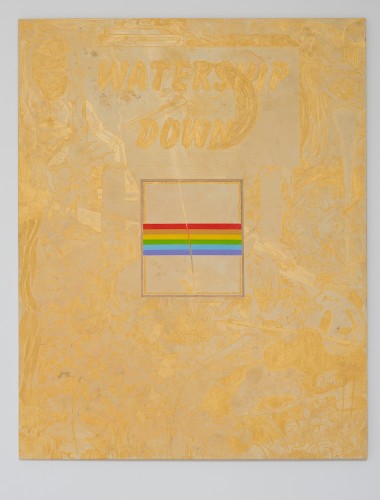 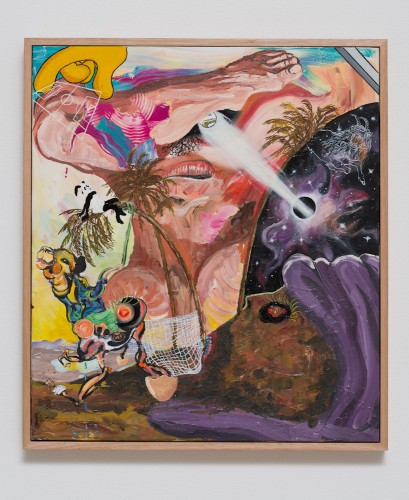 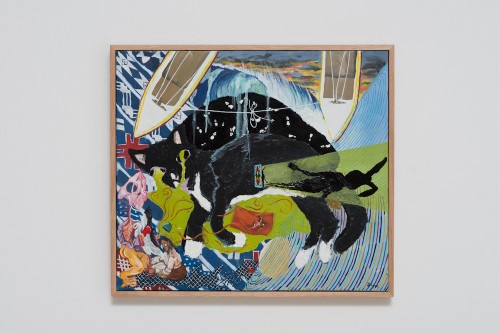