On a deadline and out of money Nathan Gray decided to create a series of works in under five minutes each. Writing a collection of one sentence prose scores and performing them on video, the exhibition comprises of sculptural props and residues from these performances.

Stemming from an interest in the written musical scores made by members of Cornelius Cardew’s Scratch Orchestra, this exhibition forms part of Gray’s wider interest in the open score and an expanded definition of musical performance, which has become the focus of his recent work.

Acts from Nathan Gray will be accompanied by No Deposit No Return from Toby Pola in the Utopian Slumps Project Room. 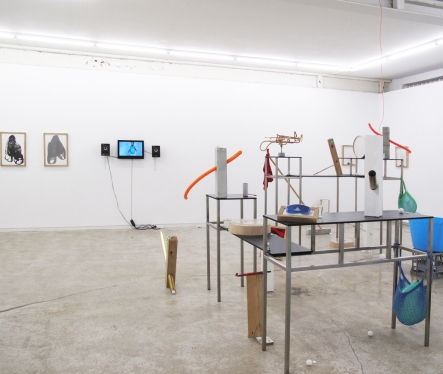 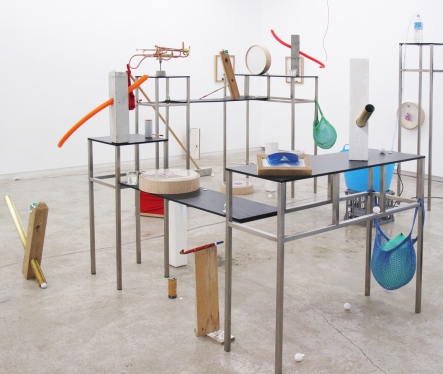