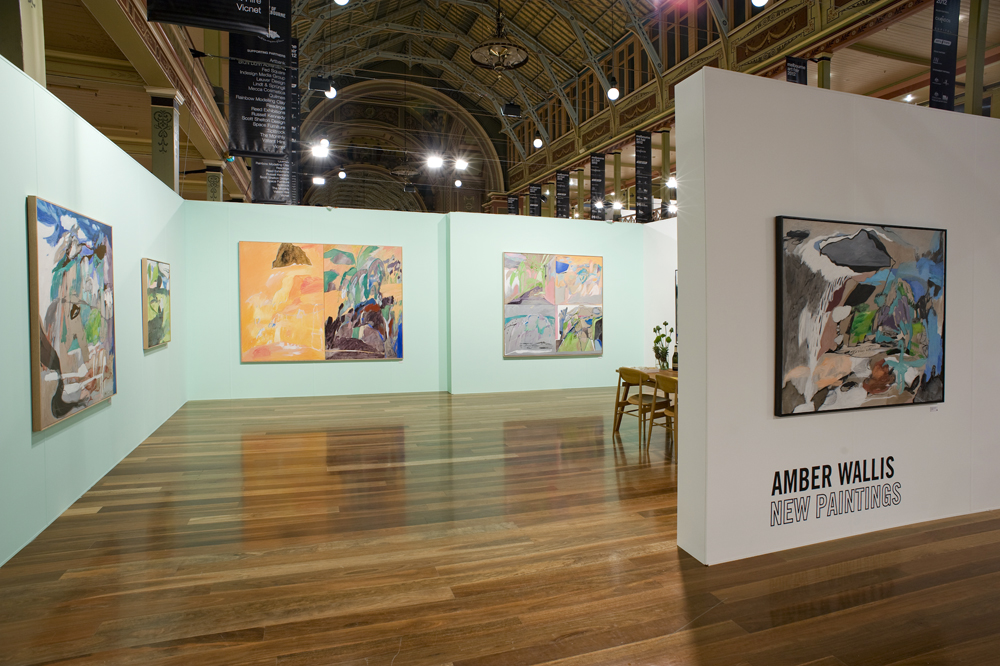 Exploring the very act of painting through a renewed sense of colour, form and technique Wallis’ latest works delve further into her abstracted representations of the landscape, infused with human reference. Through the melancholy and grief of the recent loss of her mother there is both lightness and darkness in these new paintings: ominous grey clouds, black rain and white ghost figures are offset by vibrant blocks of jade green, electric blue and peach. The most recently executed paintings, however, feature lush tropical palms and orange and pink horizons, belying an omnipresent sense of optimism and hope for the future.

Wallis’ energetic mark making and strength of line is also carried over to her new drawings, layered with loose representations of the landscape and the body. 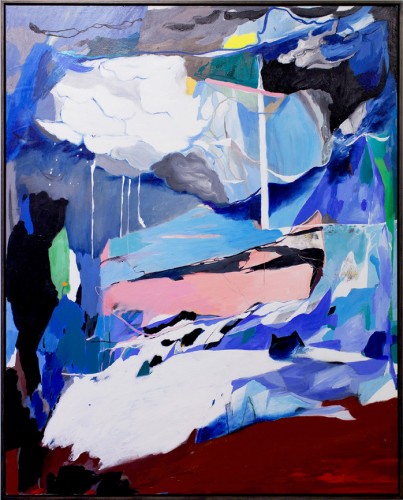 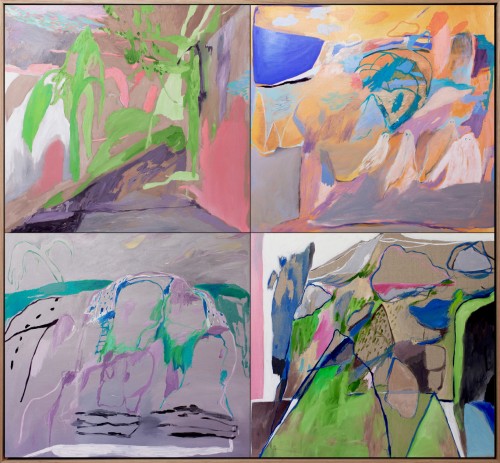 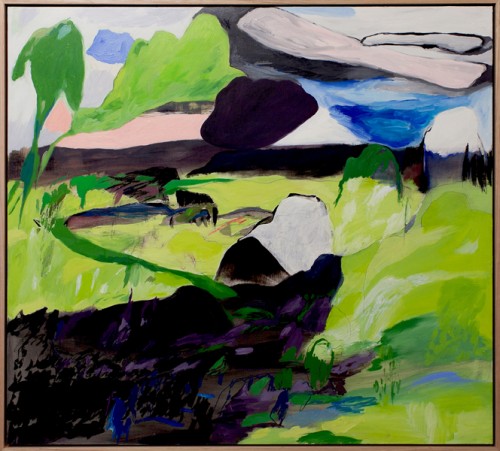 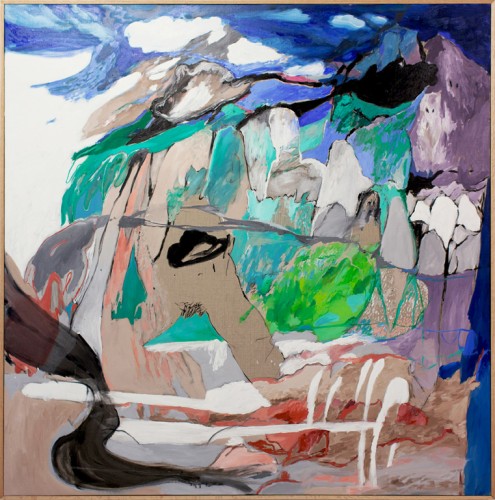 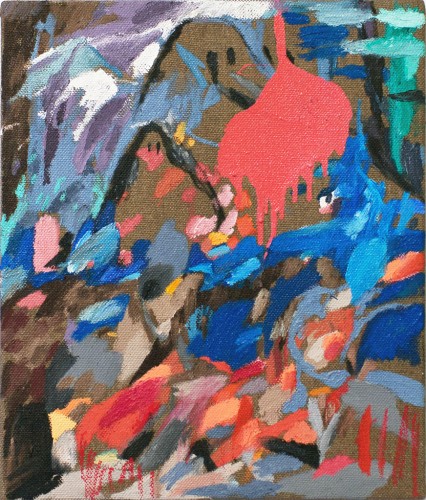 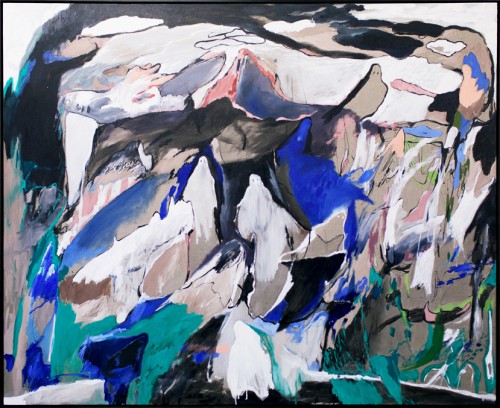 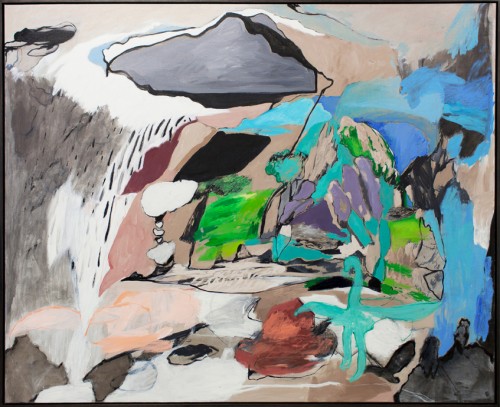 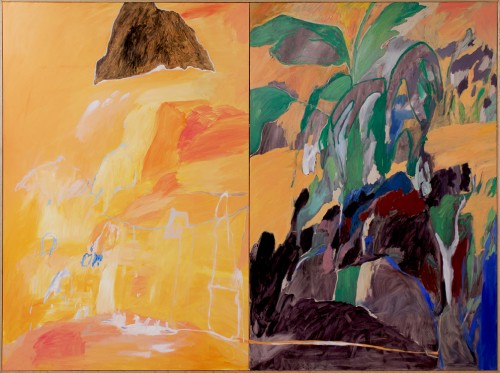