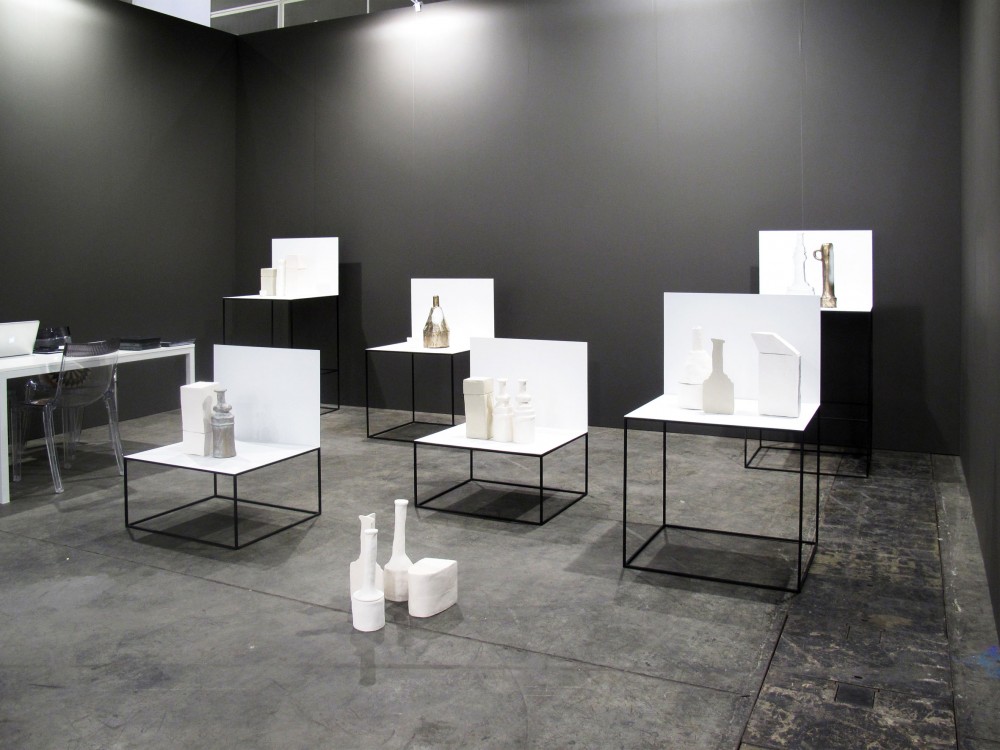 Sanné Mestrom’s work with objects often involves invisible forces, references to art and cultural history, and explorations of the psychological or emotional significance attributed to objects. Her recent sculptural installations have included a mix of found objects, casts and copies, bringing the context and meaning of objects and materials into play.*

Sanné Mestrom typically deploys emblems of modernist art and design to inform her materially-driven practice. Her work traverses various media from installations exploring our experience of space, to conceptual text works, photography, and more recently, experiments with craft-inspired forms such as tapestry and ceramics. With each approach the instability of perception, meaning and the relationships between them remains central to her work.

In her most recent work for NEW13 curated by Charlotte Day at the Australian Centre for Contemporary Art, Mestrom incorporated art historical references from ancient forms to Picasso and Morandi in her sculptural and ceramic works. Translating found objects and imagery through her own acts of replication and disruption, Mestrom tested her audience’s powers of association with icons of modernism, investigating notions of lineage, originality and influence, exploring feminist inversions of modernist, traditionally masculine, tropes. Mestrom will present a new body of work for Art Basel Hong Kong that will expand upon this most recent series for NEW13.

Mestrom was born in the Netherlands in 1979, moved to New Zealand in 1983 and to Australia in 1998. She graduated with a PhD in Fine Art at RMIT University in 2008 and a Graduate Certificate in Public Art from RMIT in 2011. She was a studio artist at Gertrude Contemporary in 2010-11, and has held residencies in Mexico City, 2010, and Seoul, Korea, 2001. Recent solo exhibitions include The Reclining Nude, Chalk Horse, Sydney, 2012 and Studio 12, Gertrude Contemporary, Melbourne, 2011; Shaker Peg, Chalk Horse, 2010; and Things fall down. Sometimes we look up., Chalk Horse, 2009. Selected group exhibitions include NEW13, curated by Charlotte Day, Australian Centre for Contemporary Art, 2013; Ode to Form, curated by Kelly Fliedner, West Space, Melbourne, 2012; Pretty Air and Useful Things, curated by Rosemary Forde, Monash University Museum of Art, 2012; Figure and Ground, curated by Melissa Loughnan and Jane O’Neill, Utopian Slumps, Melbourne, 2012; OCTOPUS 11: The Matter of Air, Gertrude Contemporary, 2011; Social Sculpture, curated by Charlotte Day, Anna Schwartz Gallery, Sydney, 2011; The Nothing, curated by Kelly Fliedner, West Space Melbourne; and Carry On Stow Away, Gambia Castle, Auckland, New Zealand, 2010. Mestrom was winner of the John Fries Memorial Prize, Sydney, 2011; the Siemens Post Graduate Fine Art Scholarship Award, 2006; the Australian Federation of University Women, Daphne Elliot Research Award, 2005; and the Australian Postgraduate Research Award, 2004. She has been recipient of Chartwell Trust, New Zealand and Arts Victoria funding. Mestrom’s work is held in the Artbank collection as well as private collections in Australia and overseas. She will hold forthcoming solo exhibitions at West Space and Latrobe Regional Gallery later in 2013.

This project has been assisted by the Australian Government through the Australia Council, its arts funding and advisory body. 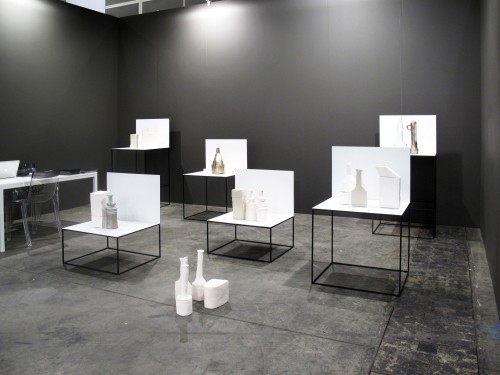